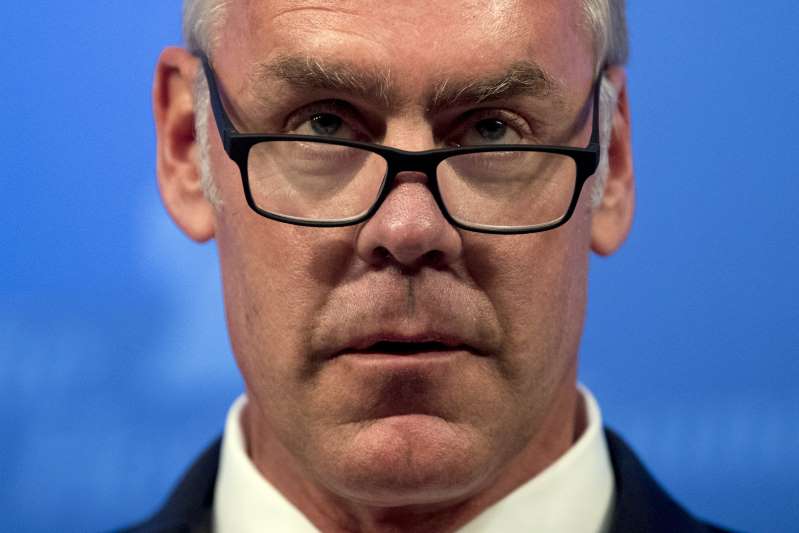 In this Sept. 29, 2017 file photo, then Interior Secretary Ryan Zinke speaks on the Trump Administration's energy policy at the Heritage Foundation in Washington. (Photo: AP)

Former US Interior Secretary Ryan Zinke says National Park visitors should "grab a trash bag and take some trash out" as garbage bins at some parks overflow during the government shutdown.

With many government workers furloughed as the partial shutdown entered its 14th day on Friday, garbage has piled up at sites including California's Joshua Tree National Park.

Zinke, who resigned effective Wednesday, told The Associated Press he sought to keep the parks open during the shutdown so that the public wasn't penalized for the political feud centered on President Donald Trump's border wall.

Some park advocates have called for all national parks to be closed to protect them from possible harm.

But Zinke says visitors can help keep them open if they "pitch in, grab a trash bag and take some trash out."