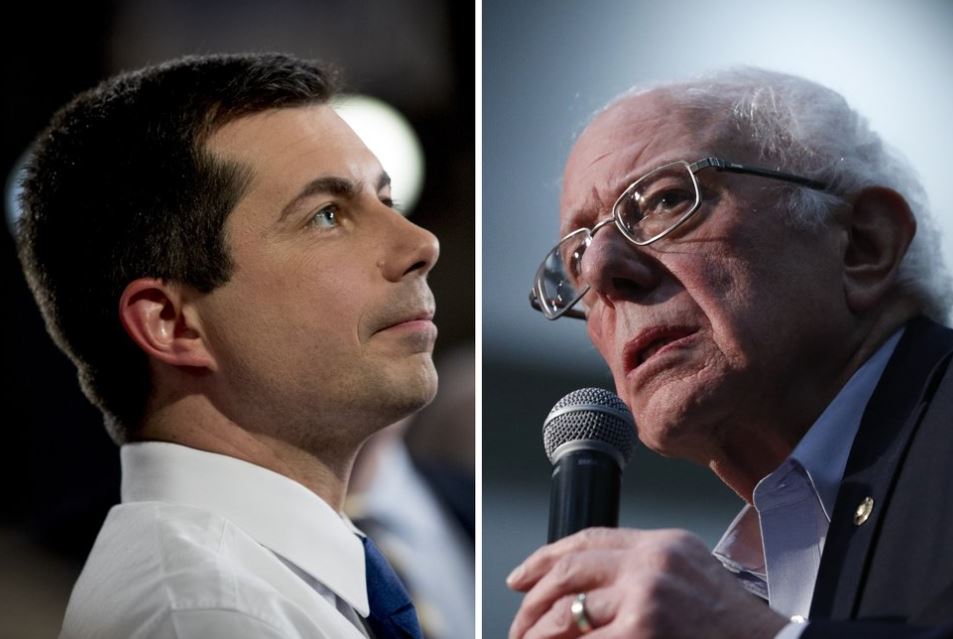 Pete Buttigieg held a slight lead over Bernie Sanders in the opening contest of the Democratic race for the presidential nomination, according to partial results released by the Iowa Democratic Party.

It was too early to call a winner based on the initial results from Monday’s caucuses, but Massachusetts Sen. Elizabeth Warren, former Vice President Joe Biden and Minnesota Sen. Amy Klobuchar were trailing in the tally of State Delegate Equivalents, according to the data released nearly a day after voting concluded.

The results reflected 71% of precincts in the state.

The two early leaders — Buttigieg, the former mayor of South Bend, Indiana, and Vermont Sen, Sanders — were separated by 40 years in age, conflicting ideology and more.

Sanders, a 78-year-old self-described democratic socialist, has been a progressive powerhouse for decades. For the 38-year-old Buttigieg, his early standing cemented his transformation from a little-known city leader to a legitimate force in the 2020 contest. Buttigieg is also the first openly gay candidate to earn presidential primary delegates.

“We don’t know all of the numbers, but we know this much: A campaign that started a year ago with four staff members, no name recognition, no money, just a big idea — a campaign that some said should have no business even making this attempt — has taken its place at the front of this race,” Buttigieg, said as he campaigned in next-up New Hampshire with his husband looking on.

Buttigieg’s early rise was rivaled for possible importance by the struggle of another moderate, Biden.

One of his party’s most accomplished figures, the former two-term vice president and longtime senator was mired in the second tier of Iowa candidates with almost two-thirds of precincts reporting. Biden’s campaign sought to play down the caucus results even before they were released, hardly a measure of strength for a high-profile contender who has led national polls for most of the last year.

“We believe we will emerge with the delegates we need to continue on our path to nomination,” said Symone Sanders, a senior adviser.

While all campaigns were eager to spin the Iowa results to their advantage, there was little immediate indication that the incomplete results erased the confusion and concern that loomed over the caucuses. It was unclear when the full results would be released.