Millions of people are turning to water tank trucks in the southern Indian state of Tamil Nadu as house and hotel taps run dry because of an acute water shortage caused by drying lakes and depleted groundwater. 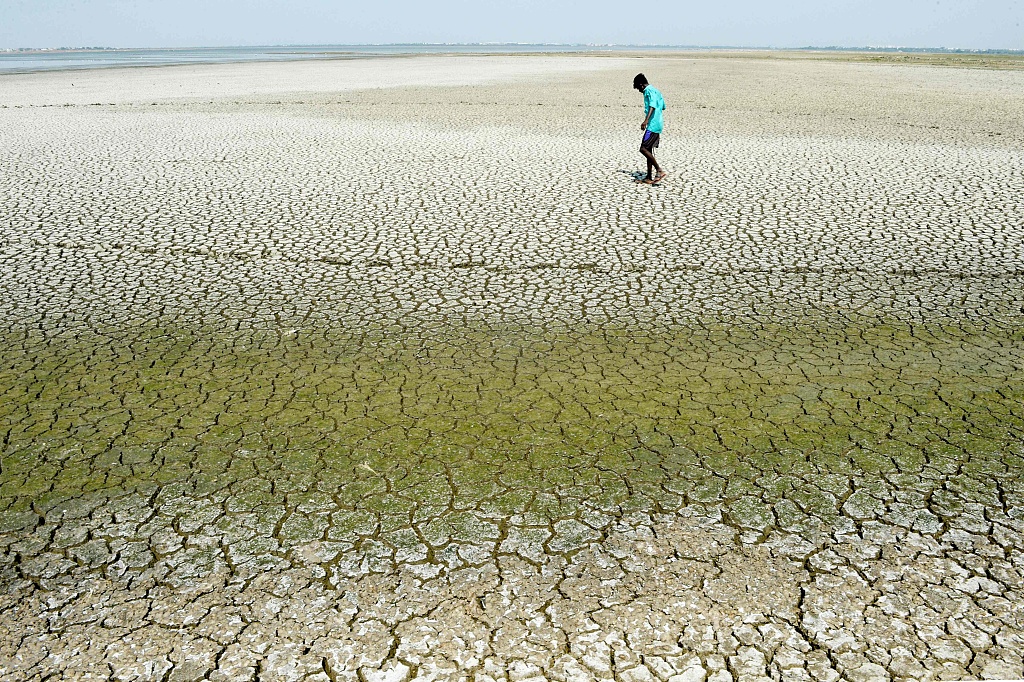 An Indian youth scouts around for mud crabs and snakehead fishes as he walks on the parched bed of Chembarambakkam lake on the outskirts of Chennai on May 21, 2019. (Photo: VCG)

People are lining up for water cans in the state capital of Chennai.

Some companies have asked employees to work from home. Some restaurants are closing early and even considering not serving lunch if the water scarcity worsens.

Gauri Shankar, general manager of Hotel Deccan Plaza in Chennai, said two tank trucks bring water to the hotel every day from a town 60 kilometers (40 miles) away at a cost of 4,000 rupees ($57) each.

"Even a water tanker is proving difficult to get in the city. We are getting our supply because we entered into a contract with a supplier in September as the water taps started going dry," Shankar said by phone.

Chennai is India's sixth-largest city with an estimated population of 10 million. It is a major destination for medical tourism, and Tamil Nadu state is a car manufacturing hub.

Northern and eastern India have experienced heatwaves with temperatures soaring to 48 Celsius (118 Fahrenheit) amid a delayed monsoon. At least 90 people have died due to heat stroke in the eastern state of Bihar since June, according to the state disaster management department.

This year's monsoon arrived in the southern state of Kerala a week late and slowly started moving to other parts of country.

India is facing a 43% shortfall in monsoon rains across the country because of its late arrival, according to the India Meteorological Department.

Meteorologists said monsoon rains usually cover two-thirds of the country by mid-June. However, they currently have reached less than half that area. But the monsoon's progress is expected to pick up in the next 10 days.