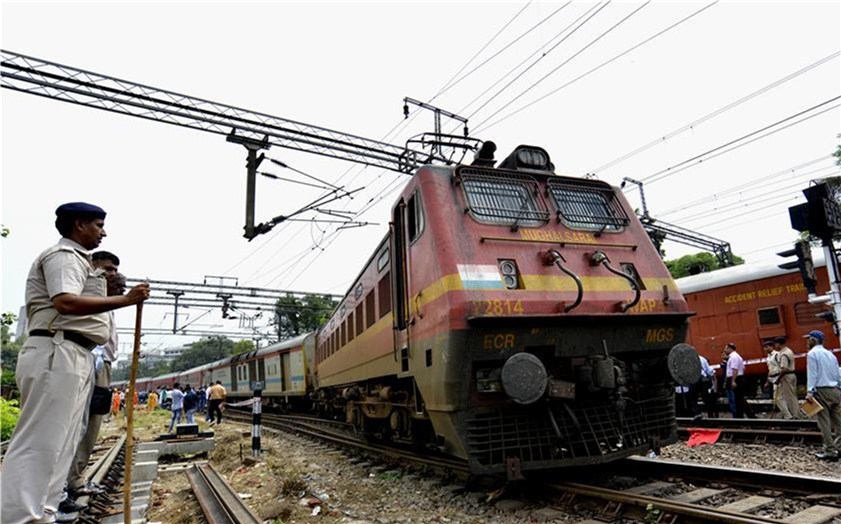 A passenger train derailed in the Indian capital late Thursday night, railway officials said Friday.
However, there have been no reports of any casualty in the mishap as the train was travelling at low speed. But the derailment disrupted rail movement in the region for over four hours.
"The mishap took place when six coaches of the New Delhi-Manduadih Express went off the tracks while leaving the New Delhi railway station at 11 p.m. (local time)," a railway official said.
"The accident severely disrupted rail traffic in the region. We, however, managed to restore rail movement around 3 a.m. (local time)," he said.
The passenger train travels from the national capital to Indian Prime Minister Narendra Modi's parliamentary constituency of Varanasi.
A probe has been ordered into the incident, the official added.
The state-owned Indian Railways is one of the world's largest train networks, criss-crossing the country from north to south and ferrying around 23 million passengers daily.
But its safety record is very poor mainly owning to the colonial-era ailing infrastructure.