More than 100 Australians and New Zealanders landed in Melbourne on Sunday after two weeks stranded aboard a virus-infected cruise ship off Uruguay, officials said. 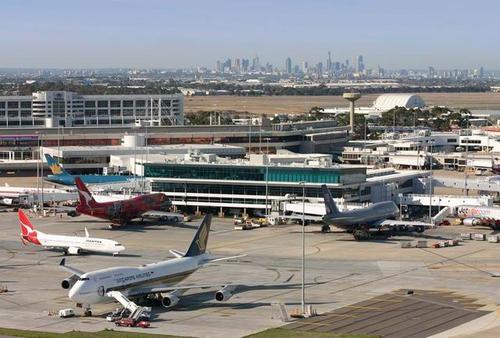 An unmarked charter plane arrived in the morning at Melbourne's Tullamarine carrying roughly 110 passengers from the Greg Mortimer liner, an AFP photographer saw.

A small group of New Zealanders immediately transferred to a separate charter plane bound for Auckland.

Australian Foreign Minister Marise Payne confirmed the flight had landed safely, tweeting: "Thanks to all involved, a very complex undertaking."

Of the 217 mostly elderly tourists aboard, 128 had tested positive for the novel coronavirus and the ship had been blocked from docking in Montevideo before the Uruguayan and Australian governments reached an agreement to bring them home.

The Australian and New Zealand tourists on the flight included people who tested negative and others confirmed ill with the virus.

The Victoria state health department said unwell Australians and those showing symptoms would be taken to hospitals in Melbourne, while the rest would be transported to a hotel to begin a 14-day quarantine period.

The tourists were on an expedition to Antarctica, South Georgia and Elephant Island when their adventure was called off on March 20 due to the nearest South American countries -- Argentina and Chile -- closing their borders and imposing lockdowns.

The ship travelled to Montevideo as it was the nearest port still open but had been anchored off the coast since March 27.

Five remain in Montevideo hospitals, including two Australians who are in intensive care. Their partners remained on the Greg Mortimer rather than taking the flight.

Flights from Delhi and Peru were also scheduled to land in Melbourne Sunday, with about 1,200 stranded Australian travellers due to return from overseas on the weekend.