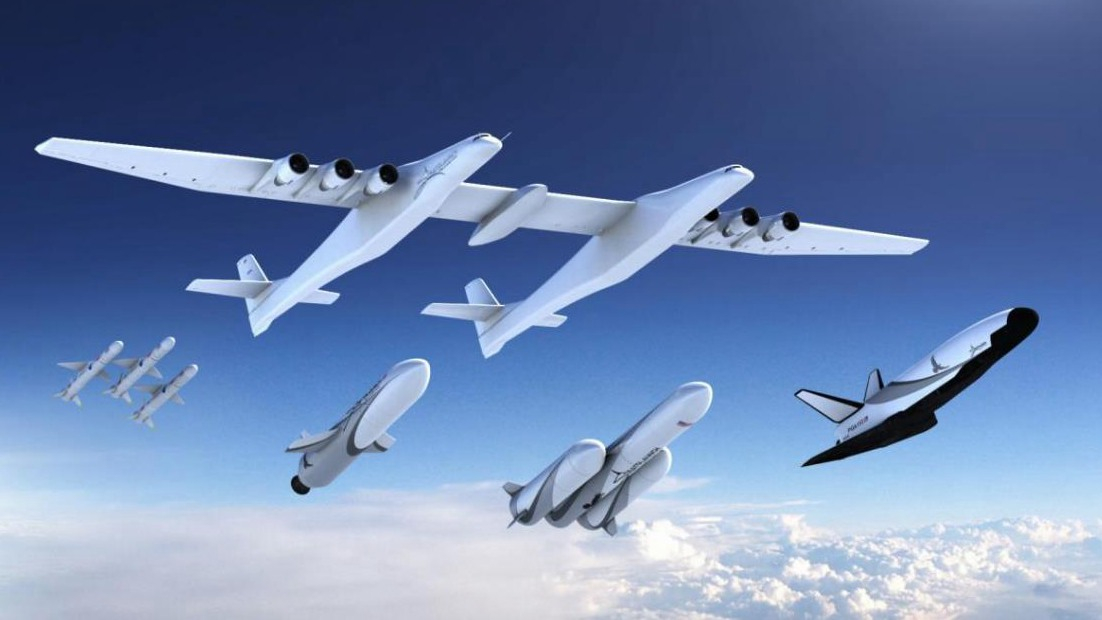 With its rockets, Allen’s Stratolaunch Systems Corp. is trying to cash in on higher demand in the coming years for vessels that can put satellites into orbit. But his vehicles will have to compete domestically with other space entrepreneurs and industry stalwarts such as Elon Musk’s SpaceX and United Launch Alliance – a partnership between Boeing and Lockheed Martin.

Seattle-based Stratolaunch, founded by Allen in 2011, said in a news release its launch vehicles will make satellite deployment “as easy as booking an airline flight,” though the first rocket launch is not slated until 2020 at the earliest and the massive airplane it is building to deploy the rockets is still in pre-flight testing.

Rather than blasting off from a launch pad, Stratolaunch’s rockets will drop at high altitude from underneath the company’s six-engine, twin-fuselage airplane – the largest ever built by wingspan.

That launch method is similar to the one being developed by billionaire Richard Branson’s Virgin Galactic.

Stratolaunch’s plane is designed to carry a rocket and payload with a combined weight of up to 550,000 pounds (250,000 kg), on par with what a SpaceX Falcon 9 rocket can launch from the ground.

Around 800 small satellites are expected to launch annually beginning around 2020, more than double the annual average over the past decade, according to Teal Group space analyst Marco Caceres.

Stratolaunch announced plans for the plane years ago with the goal of flying Northrop Grumman Corp’s small-payload Pegasus rocket in 2020, and some in the aerospace industry expected Stratolaunch to eventually make its own rockets after partnerships with other manufacturers fell through.

Stratolaunch said its new medium-lift rocket with a capacity of about 3,400 kg (7,500 pounds) would fly as early as 2022. It said it was in the early stages of developing a variant with a payload capacity of 6,000 kg. It made no mention of launch customers and declined to say how much it would cost to develop its space vehicles.

Stratolaunch acknowledged it was designing a reusable space plane to carry cargo to and from Earth and a follow-on variant could carry people.