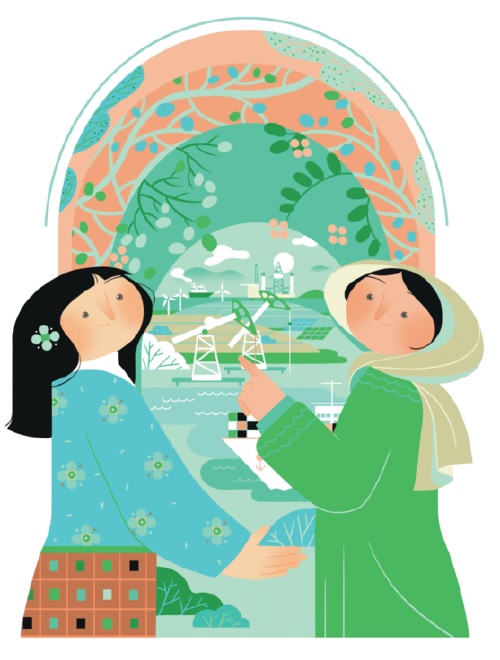 With closer cooperation between China and the Arab states expected, experts say this will contribute to regional peace and security while benefiting the peoples of both sides.

The summit between China and the Arab world was important because it indicated that the cooperation between the two sides has entered a new era, said Moneef Ammash Alharbi, a political analyst in Saudi Arabia.

"The Middle East is the central bank of energy … to have this kind of relation to set a certain example for the rest of the world, it will promote peace and security," said Moneef, noting closer cooperation between China and Arab states is conducive to maintaining stability.

At the invitation of Crown Prince and Prime Minister Mohammed bin Salman Al Saud, leaders of China and the Arab member states of the Arab League held the first China-Arab States Summit in Riyadh on Friday. The aim is to develop relations between the two sides in various fields.

In the final communique issued after the summit, the leaders agreed on confirming their common keenness to strengthen the strategic partnership between the Arab countries and China based on comprehensive cooperation and common development for a better future, as a model for friendly relations and friendly cooperation.

The leaders also agreed to work with all efforts to build a China-Arab community with a shared future in the new era, strengthen solidarity and cooperation, and promote peace and development in the region, the Saudi Press Agency reported.

Besides cooperation on energy, Srawut Aree, director of the Muslim Studies Center of Chulalongkorn University in Thailand, said it is also important to develop the synergies of the Belt and Road Initiative with Arab countries' development initiatives such as Saudi Vision 2030.

Srawut said he believes that the United States will keep a close watch on China-Arab states' cooperation in security.

Since the Cold War, the US has been the sole superpower in the Middle East, but there has been a lot of violence, wars and many other issues going on in the region for the past 20 to 30 years, said Srawut.

"This is because of the US' rule and intervention in the Middle East," he said.

On the other hand, Srawut said China's approach to the Middle East is solely based on the economic sphere, which is why the people in the region "are quite satisfied" with China's role there.

"When China comes (to the Middle East), it comes with economy and development," said Srawut.

China and the Arab countries enjoy a high level of economic cooperation. The two-way volume of trade exchanges increased by more than 620 times between 1970 and 2010.

"In the long term, if China has an important role in the Middle East, China will also try to stabilize the Middle East situation, especially the conflicts and the problems that are going on in the region," said Srawut.

Noting the leaders agreed on reaffirming their countries' firm commitment to the principles and purposes" of the United Nations Charter and working to preserve the international order based on international law, Moneef said this is important because the Middle East is suffering because some nations are not respecting territorial sovereignty by interfering in internal affairs.

Other consensuses were reached on the situation of Palestine and the need to prevent the spread of nuclear weapons, as well as the firm commitment of the Arab countries to the one-China principle, and these were important points in the final communique, said Moneef.

Hissein Brahim Taha, the secretary-general of the Organization of Islamic Cooperation who also attended the China-Arab States Summit, said the event has given new impetus to the partnership between the two sides in serving their common interests.

He also welcomed the outcomes of the Saudi-Chinese summit and the Gulf-China summit in Riyadh.

The OIC Secretary-General commended the pioneering role of the Kingdom of Saudi Arabia, Chair of the 14th Islamic Summit, in holding and hosting the three summits and its support for cooperation between the concerned countries and China.

China seeks to increase the market share of its products in Arab countries, foster investment opportunities, and secure trade roads because the 21 Arab countries, when combined, are a huge market with more than 430 million people, said Anis Khayati, assistant professor of economics and finance of the University of Bahrain.