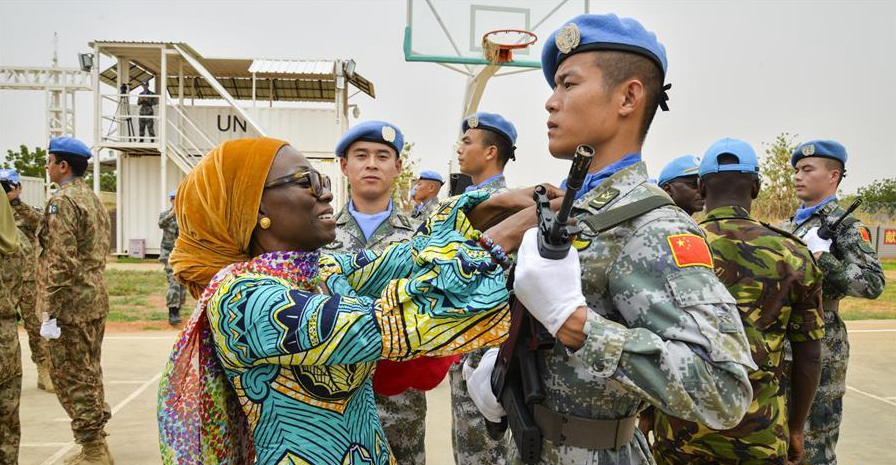 UNITED NATIONS, Nov. 18 (Xinhua) -- A Chinese envoy said on Wednesday that the peace and security reform of the United Nations should adhere to the purposes and principles of the UN Charter.

"The reform should remain true to its original aspiration, and adhere to the purposes and principles of the UN Charter," Dai Bing, China's deputy permanent representative to the United Nations, told the meeting of the Fifth Committee of the 75th session of the UN General Assembly on the review of the implementation of the peace and security reform.

The reform "should be based on enhancing the capacities of peacekeeping operations and special political missions to implement General Assembly and Security Council resolutions, focuses on better fulfilling their mandates and tasks, concretely improving their efficiency and effectiveness, allocating resources and personnel as well as setting up institutions in a scientific and rational manner," said the envoy.