US Democratic House Speaker Nancy Pelosi is canceling a congressional fact-finding trip to Afghanistan and claiming the White House leaked her plans to fly commercial. 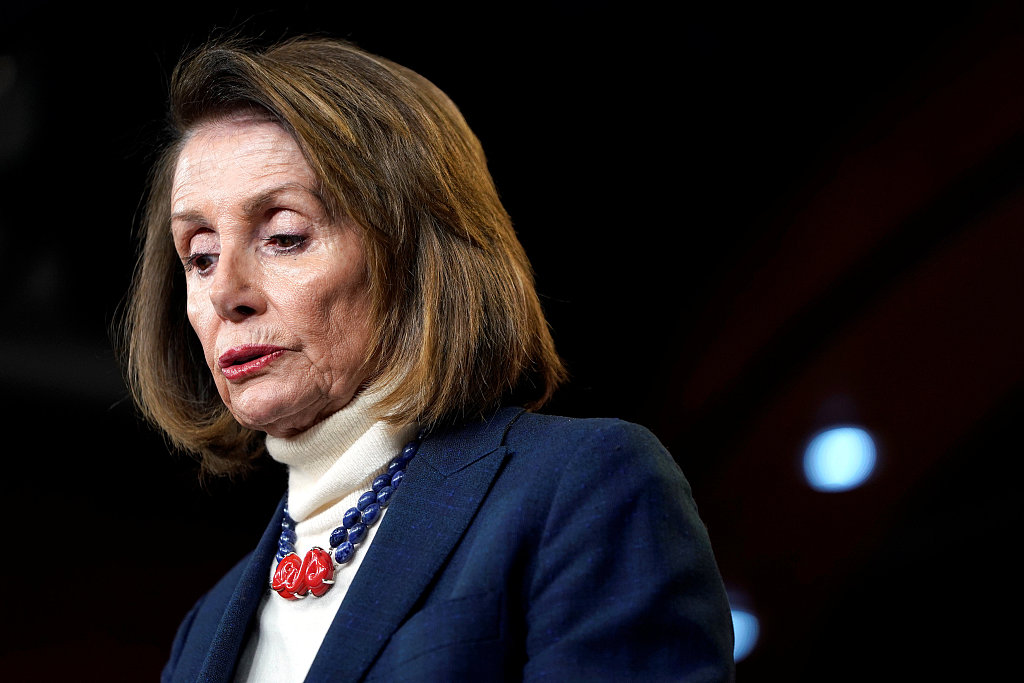 Speaker of the House Nancy Pelosi speaks during a press briefing on the 27th day of a partial government shutdown on Capitol Hill in Washington, US, January 17, 2019.  (Photo: VCG)

Spokesman Drew Hammill says Pelosi and accompanying lawmakers were prepared to take a commercial flight but canceled after the State Department warned that publicity over the visit had "significantly increased the danger to the delegation and to the troops, security, and other officials supporting the trip."

Trump's move to cancel the military plane traditionally used to fly to war zones came a day after Pelosi infuriated Trump by moving to delay Trump's Jan. 29 State of the Union speech in the House chamber.

The White House has not responded to Pelosi's leak claim.

Pelosi and Trump are at an impasse over funding Trump wants for a US-Mexico border wall, which Pelosi opposes. The partial government shutdown has reached its 28th day.