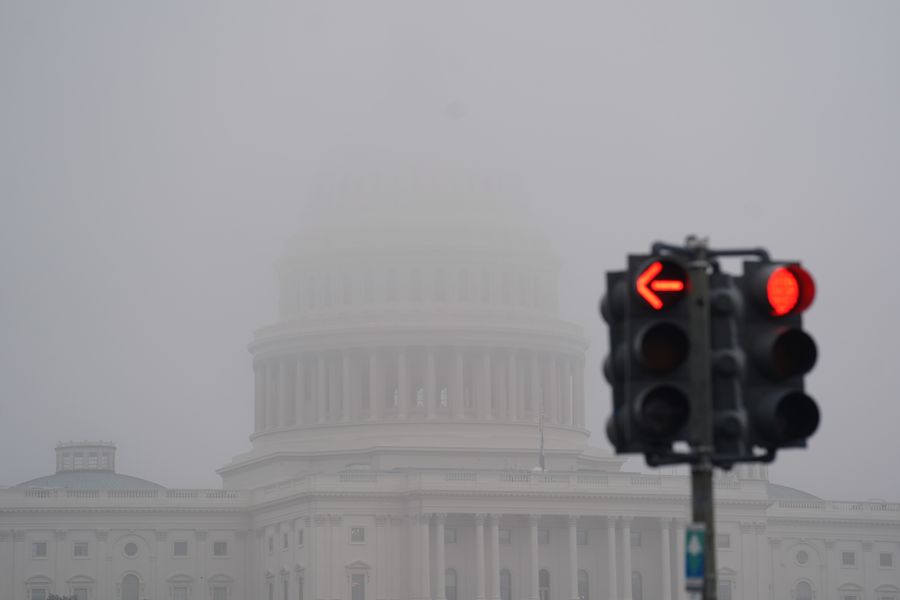 WASHINGTON, Dec. 19 (Xinhua) -- U.S. House Speaker Nancy Pelosi confirmed on Thursday that she'll delay the delivery of impeachment articles against President Donald Trump to the Republican-led Senate in a bid to ensure a fair trial.

"We would like to see a fair process and we will be ready for whatever it is," said Pelosi at her weekly press conference, adding that it was a matter of time.

House Majority Whip James Clyburn said on Thursday that he is in favor of withholding the articles "until we can get some assurances from (McConnell) that he is going to allow for a fair and impartial trial to take place."

"Pelosi suggested that House Democrats may be too afraid to even transmit their shoddy work product to the Senate," Senate Majority Leader Mitch McConnell said from the Senate floor in response, slamming the Democrat-led impeachment inquiry as "the most rushed, least thorough, and most unfair" in U.S. modern history,

"Pelosi feels her phony impeachment HOAX is so pathetic she is afraid to present it to the Senate, which can set a date and put this whole SCAM into default if they refuse to show up!" Trump tweeted on Thursday.

Local media reports said House Democrats were behind Pelosi in hope that delaying the delivery of the articles will put pressure on Republican senators to call witnesses and seek more evidence over the president's controversial dealings with Ukraine.

The Democrat-led U.S. House of Representatives voted on Wednesday to pass two articles of impeachment accusing Trump of abusing power and obstructing Congress, making the president only the third in U.S. history to be formally impeached and will face a trial in the Senate.

The House was "very unlikely" to take the steps necessary to send the articles to the Senate until at least early January, a delay of at least two weeks and perhaps longer, according to a Politico report, citing senior Democratic aides.

"This is a political process. There's not anything judicial about it," he said, calling himself "not an impartial juror."

McConnell has also said in public that he will be "in total coordination" with the White House in determining the Republican strategy for the impeachment trial.

Under the U.S. Constitution, conviction can only happen in the Senate and requires the support of at least two-thirds of its members, or 67 senators. Trump is widely expected to be acquitted in the Senate trial next year.