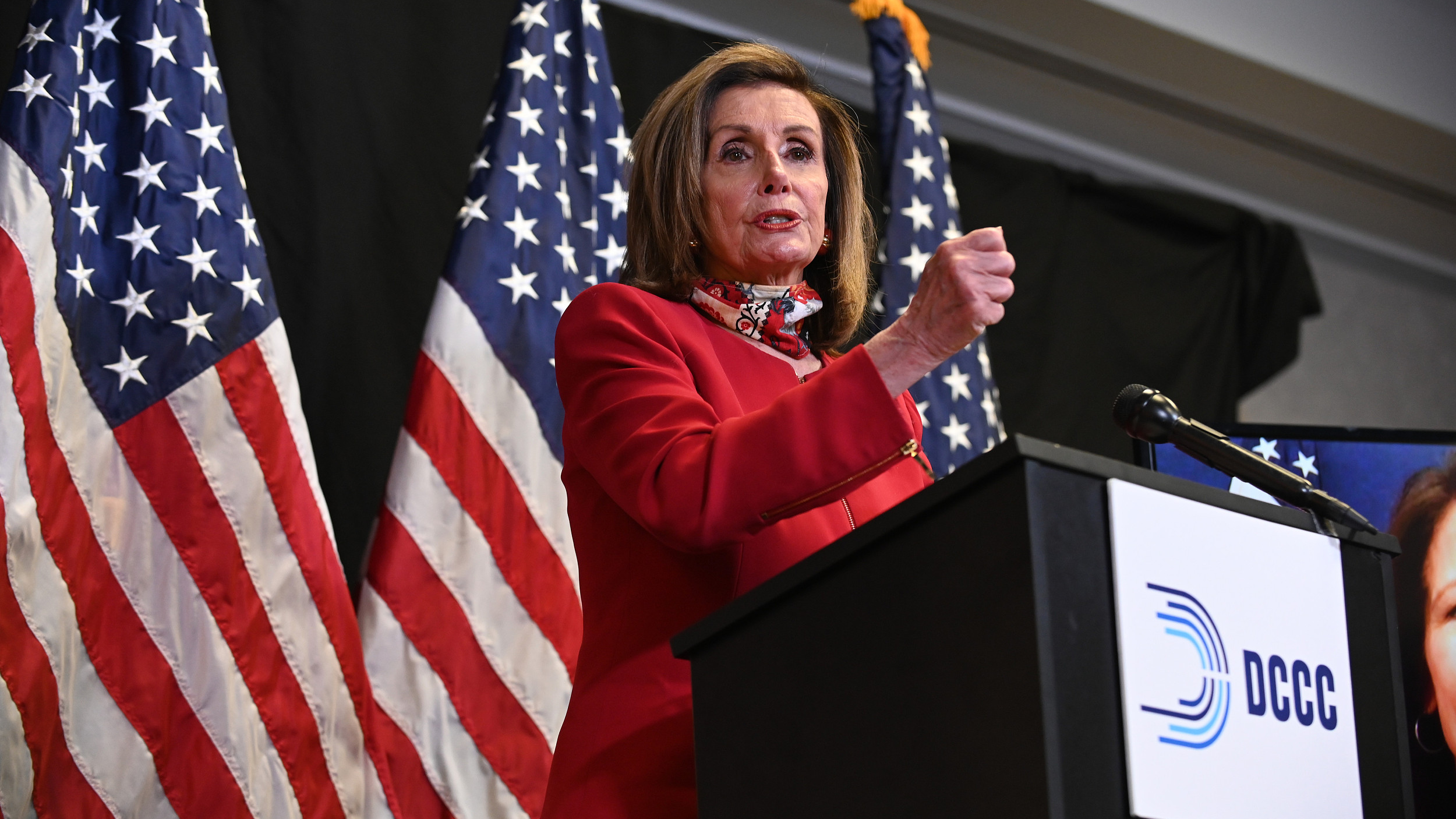 WASHINGTON, Nov. 18 (Xinhua) -- U.S. House Democrats on Wednesday nominated Speaker Nancy Pelosi to remain atop the party in the lower chamber of the U.S. Congress for two more years.

The caucus on Wednesday also reelected Steny Hoyer as Majority Leader and Jim Clyburn as Majority Whip. All the three ran unopposed.

In a speech accepting the nomination, Pelosi vowed to work with Democrat Joe Biden, who was projected to have won 2020 presidential election, to tackle issues including health care, environmental protections and police reforms.

"As we go forward with liberty and justice for all, we must do so listening to the American people, listening to each other with respect, acting to unify," she told the caucus.

Pelosi will still need to secure a simple majority of the full House in January to be sworn in again as speaker.

During the 2020 general elections, Republicans have flipped nearly a dozen seats with several GOP candidates leading in uncalled races, said a The Hill report, noting that House Democrats are expected to hold the thinnest majority in the next session since World War II.