WORLD Pelosi: Not ‘running out the clock’ on impeachment

Pelosi: Not ‘running out the clock’ on impeachment 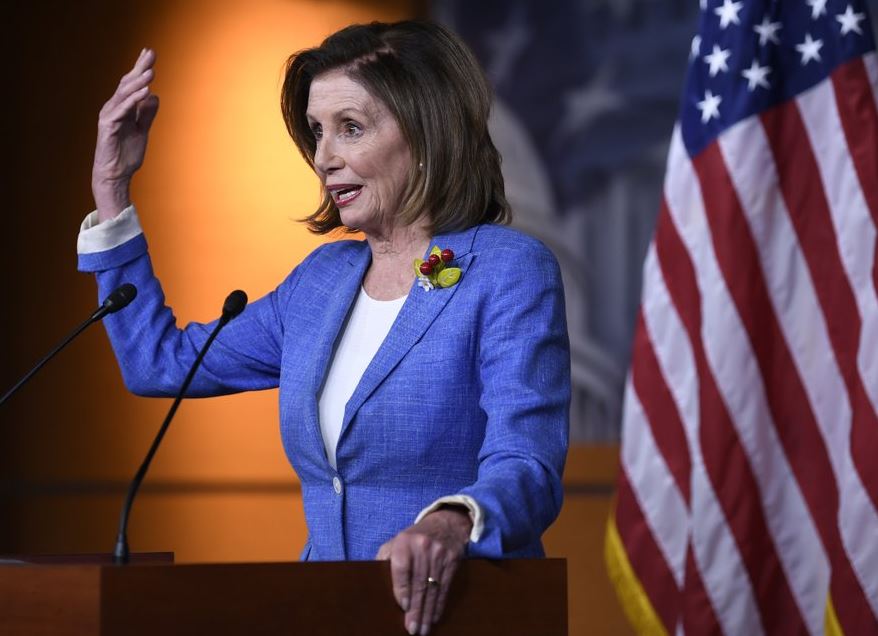 US House Speaker Nancy Pelosi says she’s not “running out the clock” on impeachment as lawmakers start a six-week summer recess without having delivered on a top liberal priority.

Pelosi said the House would only take action against President Donald Trump “when we have what we need to proceed, not one day sooner.”

Democrats capped the 200-day mark in the House majority with a long list of bills passed, but face criticism for stopping short of opening impeachment proceedings. Instead, they are building the case against the president in court.

The speaker said she has “no complaints” with those pushing for impeachment. Their advocacy gives her leverage, she said.

The drive to start an impeachment inquiry is stalling after former special counsel Robert Mueller’s halting testimony before Congress this week.