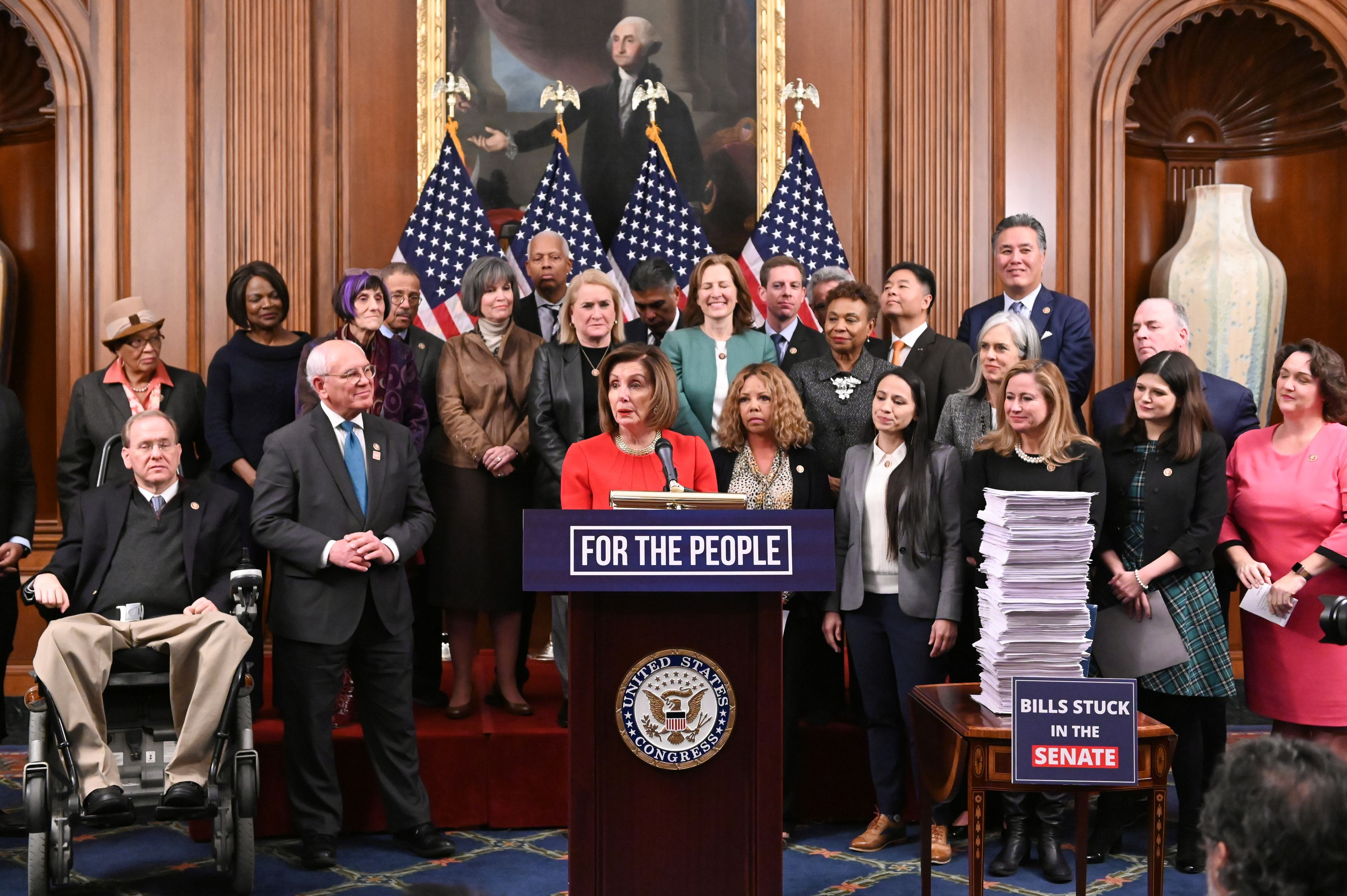 Speaker of the House Nancy Pelosi, joined by fellow Democrats, speaks next to a stack of legislation passed by the House during a news conference at the Capitol in Washington, U.S., December 19, 2019. (Photos from CGTN)

Earlier in the day, the White House sent to Congress formal notification of the strike that killed Qasem Soleimani in Iraq, which has caused a dramatic rise in tensions between U.S. and Iran.

The classified notification was sent under a 1973 U.S. law called the War Powers Act, which requires the administration to notify Congress within 48 hours of committing armed forces to military action or imminent actions.

Democrats have criticized U.S. President Donald Trump for not notifying lawmakers or seeking advance approval for the attack.

The administration's military engagement is "provocative, escalatory and disproportionate," and puts U.S. citizens, its military and their allies in danger, Pelosi said in a statement.

Pelosi said: "This document prompts serious and urgent questions about the timing, manner and justification of the Administration's decision to engage in hostilities against Iran."

The "highly unusual" decision to classify the entire document compounded her concerns and "suggests that the Congress and the American people are being left in the dark about our national security," she said.

A senior Democratic aide described the notification as "brief and insufficient."

In the notification, Trump's administration was expected to have explained the circumstances, the authority under which the action was taken and the expected scope and duration of the military involvement. The White House declined to comment.

Senator Bernie Sanders, a Democratic presidential candidate, said on Saturday that Congress must take immediate steps to restrain Trump "from plunging our nation into yet another endless war."

On Friday, Democratic U.S. Senator Tim Kaine introduced a resolution to force a debate and vote in Congress to prevent further escalation of hostilities with Iran.

Groups of protesters took to the streets in Washington and other U.S. cities on Saturday to condemn the air strike in Iraq and Trump's decision to send about 3,000 more troops to the Middle East. 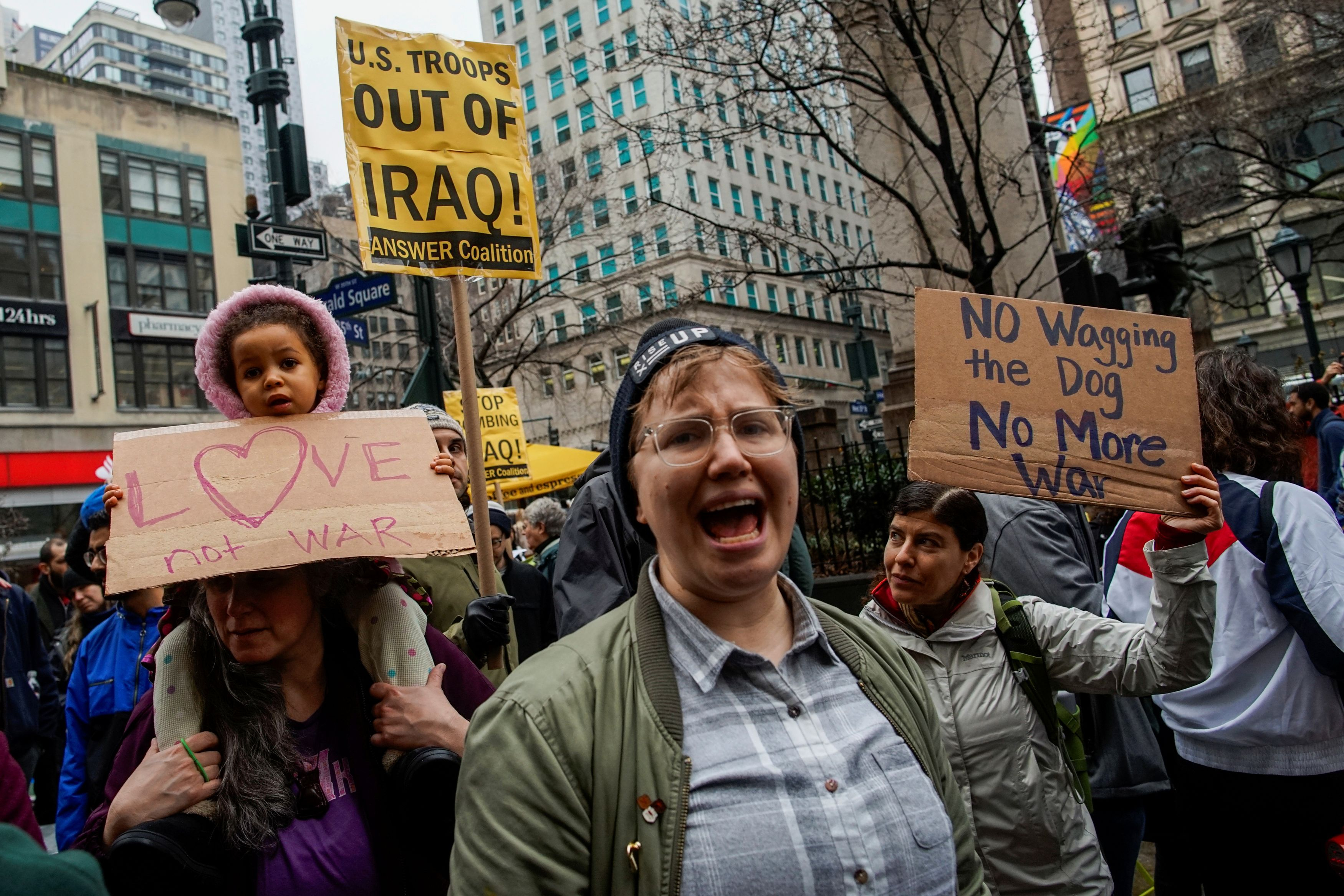 "No justice, no peace. U.S. out of the Middle East," hundreds of demonstrators chanted outside the White House before marching to the Trump International Hotel a few blocks away.

Similar protests were held in New York, Chicago and other cities. Organizers at Code Pink, a women-led anti-war group, said protests were scheduled on Saturday in numerous U.S. cities and towns.

Protesters in Washington held signs that read "No war or sanctions on Iran!" and "U.S. troops out of Iraq!"