Any members of the U.S. Congress who helped a crowd of President Donald Trump's supporters storm the Capitol should face criminal prosecution, House of Representatives Speaker Nancy Pelosi said on Friday.

The unprecedented January 6 attack on the seat of Congress left five dead and led the House to impeach Trump a second time for a fiery speech that day in which he urged thousands of his followers to fight Democratic President-elect Joe Biden's victory.

The hundreds who stormed the Capitol quickly overwhelmed police guarding the building, calling security preparations into question, and showed a level of detailed knowledge about the location of lawmakers' offices by some rioters that raised suspicions. 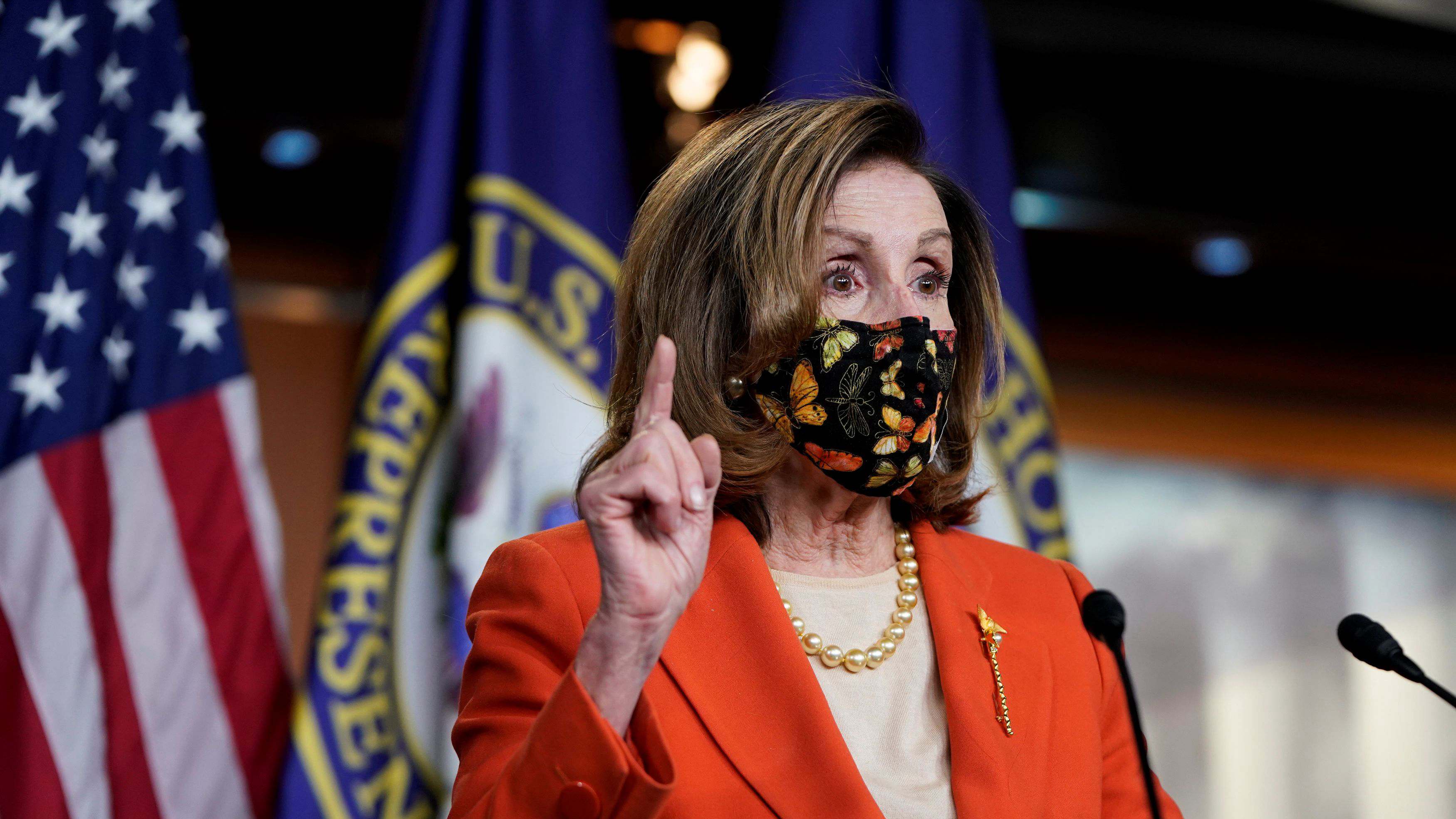 Pelosi was asked at a news conference whether any actions would be taken against lawmakers who may have brought tours to the Capitol the day before the attack, which briefly halted Congress in its duty of certifying Biden's win.

"If in fact it is found that members of Congress were accomplices to this insurrection, if they aided and abetted the crimes, there may have to be actions taken beyond the Congress, in terms of prosecution for that," Pelosi said.

More than 30 House Democrats, including Sherrill, have asked the acting House and Senate sergeants-at-arms and the acting head of the Capitol Police for information about who was in the building on January 5.

Pelosi announced a security review of the siege by Trump followers, some of whom were aligned with white supremacist groups. The review would study the Capitol's security infrastructure, procedures, and "command and control," she said.

Some Republican Representatives have loudly protested security measures put in place since the attack, including new requirements that everyone entering the House chamber pass through a metal detector.

The march by Trump's supporters had been publicized for weeks. There was no direct evidence to suggest rioters had formed "kill capture teams," the top federal prosecutor in Washington, D.C. said on Friday, softening a statement made by U.S. prosecutors in Arizona in a court filing late on Thursday.

The U.S. Justice Department's internal watchdog will review how the FBI and other law enforcement agencies prepared and responded, Inspector General Michael Horowitz said on Friday.