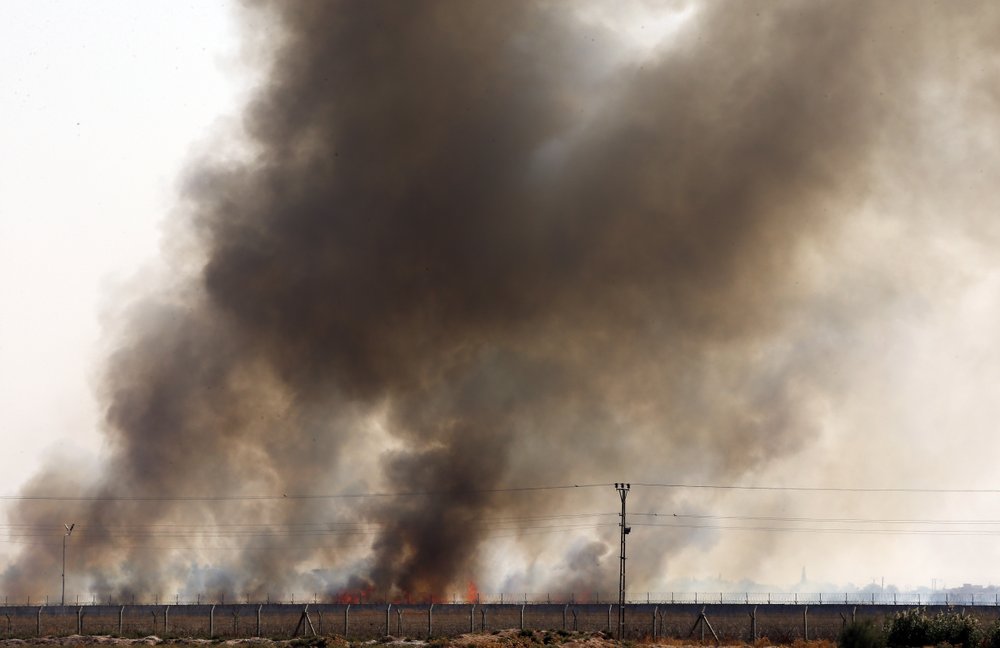 In this photo taken from the Turkish side of the border between Turkey and Syria, in Akcakale, Sanliurfa province, southeastern Turkey, smoke billows from fires on targets in Tel Abyad, Syria, caused by bombardment by Turkish forces, Sunday, Oct. 13, 2019. (Photo: AP)

The California Democrat says the measure must be stronger than sanctions on Turkey Trump announced Monday. Turkey invaded northern Syria after Trump started pulling US troops from the area.

He’s been drafting a bipartisan measure to bar weapons sales to Turkey and impose sanctions on the US assets of Turkish leaders.

The top Democrat and Republican on the House Foreign Affairs Committee have said they will introduce similar legislation.

Trump said Monday he was stopping trade talks with Turkey and boosting its steel tariffs, and would order sanctions on Turkish officials.