Pence rallies for border wall ahead of Trump primetime speech

WASHINGTON, Jan. 8 (Xinhua) -- US Vice President Mike Pence on Tuesday continued to rally for the construction of a wall on the US-Mexico border as President Donald Trump will explain to the American people "a real humanitarian and security crisis at our southern border" later in the day via a televised speech. 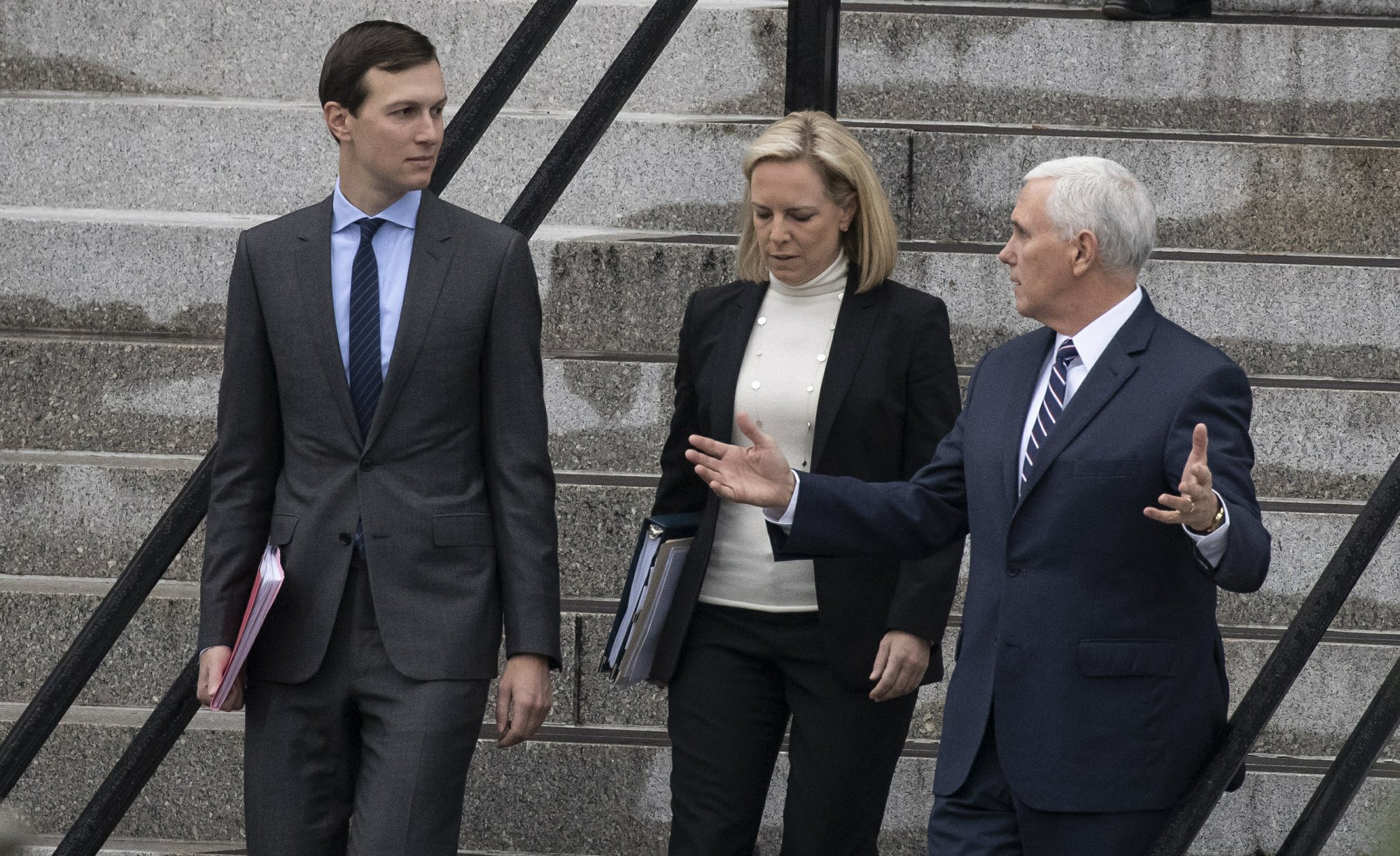 Pence cited a Washington Post report as saying the situation on the southern border has become "a bona fide emergency." He said "60,000 people a month" are amassing on the border trying to enter the United States, "and for the first time on record, the vast majority of those are families, unaccompanied children."

Pence made the argument in an interview with ABC News. "It simply is overwhelming the ability of our border patrol and customs agents to be able to address it," he added, urging the need for "new resources," a border wall, as well as "the Congress to come to the table and work with this president to address this crisis once and for all."

Jonathan Karl, ABC News' chief white house correspondent who was interviewing the vice president, challenged Pence by asking how President Trump's words on border situation can be trusted "when he has said so many things that are just not true about this crisis." The reporter provided a slew of "falsehoods" that the president have made recently over the debate.

Trump has been locked in a contentious fight with congressional Democrats over his demand for some $5 billion for the border wall, which has dragged a partial government shutdown into its 18th day.

The president will address the nation in a primetime televised speech Tuesday from the Oval Office on what he called in a Monday tweet "the Humanitarian and National Security crisis on our Southern Border." He is heading to the border on Thursday, according to a White House announcement.

Trump has also threatened to invoke a national emergency so as to use the Department of Defense dollars to build the wall, which he now refers to as "steel barrier."

A declaration of emergency is within the president's executive authority and will enable the president to utilize specialized funds without congressional approval, but the Democrats said Trump may face legal challenges should he adopt this method as a way to acquire the wall funding money.

In the ABC News interview, Pence did not say whether Trump would make such a declaration. He told reporters Monday that Trump has "made no decision on that" but is "considering" the option, and that officials at the White House counsel's office "are looking at it."