US Vice President Mike Pence urged Central American leaders Thursday to halt what he called an exodus of people that has triggered a humanitarian crisis at the US border with Mexico. 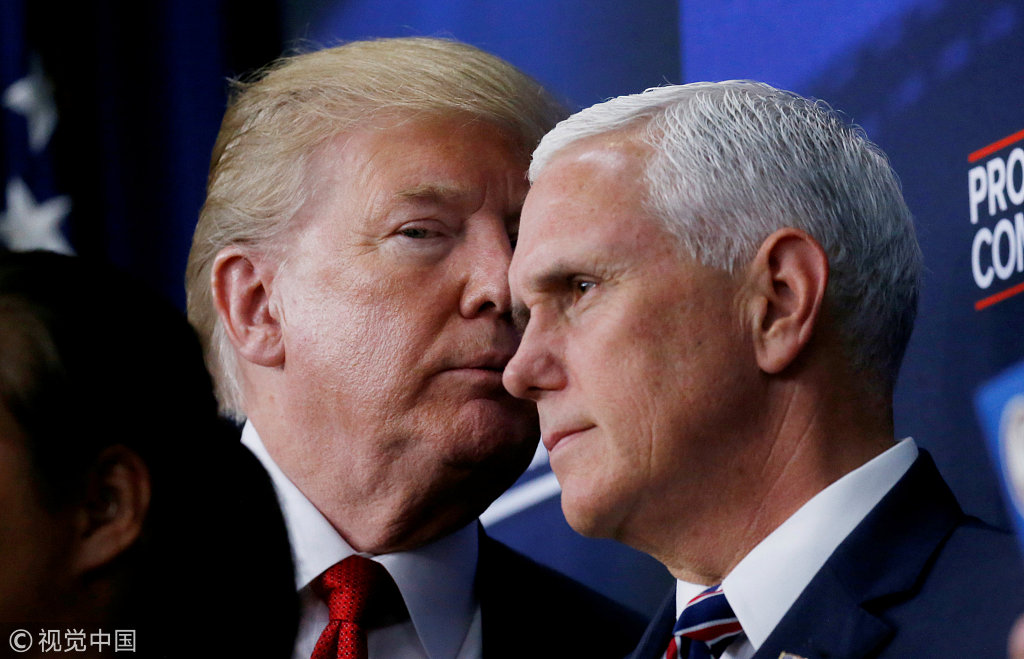 US President Donald Trump speaks to ‪Vice President Mike Pence‬ during an "Angel Families" immigration event at the White House in Washington, US, June 22, 2018. (Photo: VCG)

Pence met with the presidents of El Salvador, Guatemala and Honduras and insisted that few of the tens of thousands of people who have made the dangerous trek through Mexico this year are fleeing persecution even though many claim asylum.

Aid groups in those countries and at the border insist that many of the travelers report fleeing death threats and other rampant violence from powerful street gangs.

But most of the migrants are simply seeking a better life in the US and are "driven by the misguided belief that they can ignore the laws of the United States and enter our nation without consequences."

"I say with great respect to the presidents gathered here: this exodus must end. It is a threat to the security of the United States. And just as we respect your borders and your sovereignty, we insist that you respect ours," Pence said at a joint news conference.

Pence was dispatched here amid a global furor over President Donald Trump's "zero tolerance" policy of detaining and referring for prosecution anybody who crosses the border without papers, even those seeking asylum.

Trump has now suspended the much criticized policy of separating children from their parents, although more than 2,000 kids -- some just toddlers or even infants -- remain in the care of US authorities.

A judge this week gave the government a month to reunite the families.

Central America is one of the most dangerous regions in the world. Its countries endure the scourge of violence from drug trafficking rings and brutal street gangs.

Pence bluntly urged Central American families not to travel to the United States without papers.