WORLD Pennsylvania primaries could herald shift of power in US House

Pennsylvania primaries could herald shift of power in US House 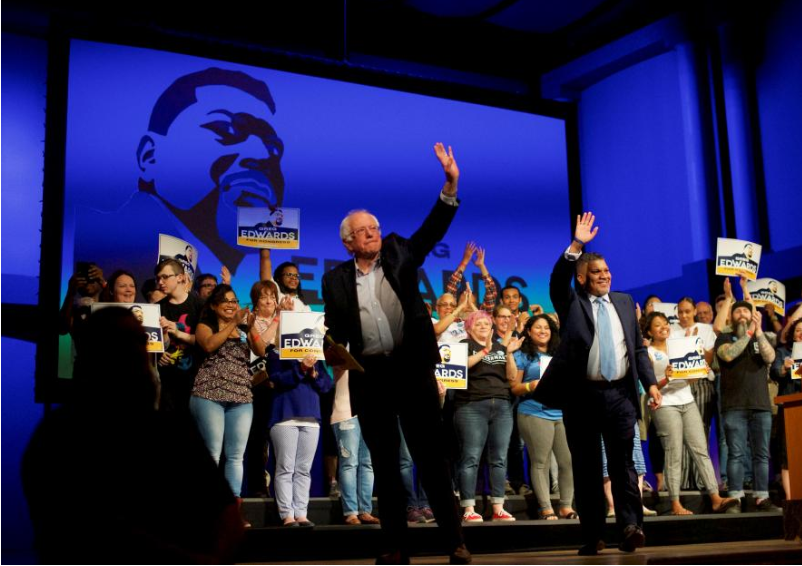 (L-R) US Senator Bernie Sanders and Democrat Greg Edwards, Pennsylvania's 7th District Congressional candidate, wave to supporters during a rally in Allentown, Pennsylvania, US May 5, 2018. Picture taken May 5, 2018. (Photo: Reuters)

Voters head to the polls on Tuesday in crucial party primaries in Pennsylvania, a state that has become central to Democrats’ hopes of retaking control of the US House of Representatives.

The state offers Democrats the opportunity to pick up as many as five seats from Republicans in congressional elections in November, analysts said. Democrats need a net total of 23 to assume the House majority, which would likely derail Republican President Donald Trump’s policy agenda.

Pennsylvania’s politics were thrown into turmoil earlier this year when the state Supreme Court found that the current congressional districts had been unconstitutionally tailored to favor Republicans. The redrawn map has made some districts more competitive.

In addition, six incumbent House Republicans are not running for re-election, further scrambling the races and requiring voters to become familiar with a raft of first-time candidates.

Some 81 candidates are running for 18 congressional seats, including 10 Democrats in a single race.

Democrats feel confident they can ultimately win three districts in suburban Philadelphia regardless of which candidates win their primaries on Tuesday because of the liberal tilt of those areas.

A more interesting contest comes in the northeastern district being vacated by retiring Representative Charlie Dent, one of the few remaining moderate Republicans in the House.

The largest city in the district, Allentown, sustained huge job losses with the 1995 closing of the Bethlehem Steel plant, once been a pillar of the region’s economy.

The three top contenders represent the diverse viewpoints in the modern Democratic Party: Greg Edwards, a pastor backed by progressive US Senator Bernie Sanders and the Congressional Black Caucus; Susan Wild, endorsed by the abortion rights group Emily’s List; and John Morganelli, who opposes abortion rights and has been supportive of Trump’s hardline immigration policies.

Earlier this month, Sanders, who sought the 2016 Democratic presidential nomination, visited Allentown to campaign with Edwards, drawing a crowd of more than 1,000.

Terry Madonna, an expert on state politics at Franklin & Marshall College in Lancaster, Pennsylvania, said Democrats risked losing the Allentown race if a candidate viewed as too liberal wins Tuesday’s primary. In 2016, Democrat Hillary Clinton edged Trump in the district by a single percentage point in the presidential election, he noted.

Democrats are also hoping to pick up a seat held by first-term Republican Brian Fitzpatrick in another district outside of Philadelphia. Attorney Scott Wallace faces Navy veteran Rachel Reddick in the Democratic primary there.

Madonna said he expected Pennsylvania to see the same surge in Democratic turnout that marked recent special elections. Typically, about 20 percent of Democrats vote in midterm elections. This time, it could be closer to 30 percent, he said.

Nebraska will also hold a primary on Tuesday that could affect the balance of power in the House. Two Democratic candidates, moderate former US Representative Brad Ashford and progressive Kara Eastman, are battling to take on Republican Representative Don Bacon in an Omaha-area district Democrats believe they can win.