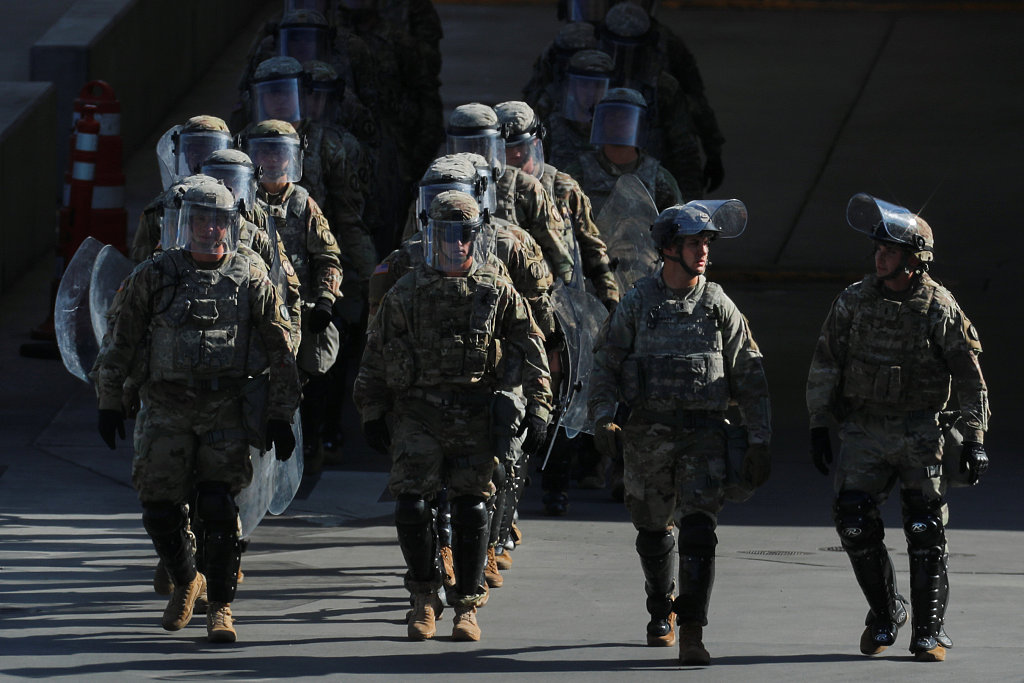 US Military troops return from a test deployment with US Customs and Border Protection agents after conducting a large-scale operational readiness exercise at the San Ysidro port of entry with Mexico in San Diego, California, US, January 10, 2019. (File photo: VCG)

The military is taking on a new and extended role on the US-Mexico border, the Pentagon said Monday.

At the request of the Department of Homeland Security, the Pentagon agreed to provide personnel to operate security cameras and to lay about 150 miles (240 kilometers) of concertina wire between official ports of entry, officials said. The military also will continue to fly aircraft in support of Customs and Border Protection personnel.

"DOD is transitioning its support at the southwestern border from hardening ports of entry to mobile surveillance and detection, as well as concertina wire emplacement between ports of entry," the Pentagon said in a statement.

An official familiar with the agreement said the Pentagon has not yet determined how many additional active-duty troops will be required to carry out the additional work. The official spoke on condition of anonymity to discuss details that were not made public after Acting Defense Secretary Pat Shanahan approved the plan.

There are about 2,350 active-duty troops performing the border mission, which began Oct. 30 and initially was to end Dec. 15. It was extended to Jan. 31 before DHS submitted a new request for help Dec. 27 and will now stretch to the end of September.

The official said it is possible that National Guard troops could perform some of the aviation support.

The military's current role at the border has been widely debated, in part because it began just days before the congressional midterm elections in November and was attacked by critics as a political ploy.

The military is prohibited by law from performing domestic law enforcement tasks but has periodically provided assistance to civilian border security authorities.