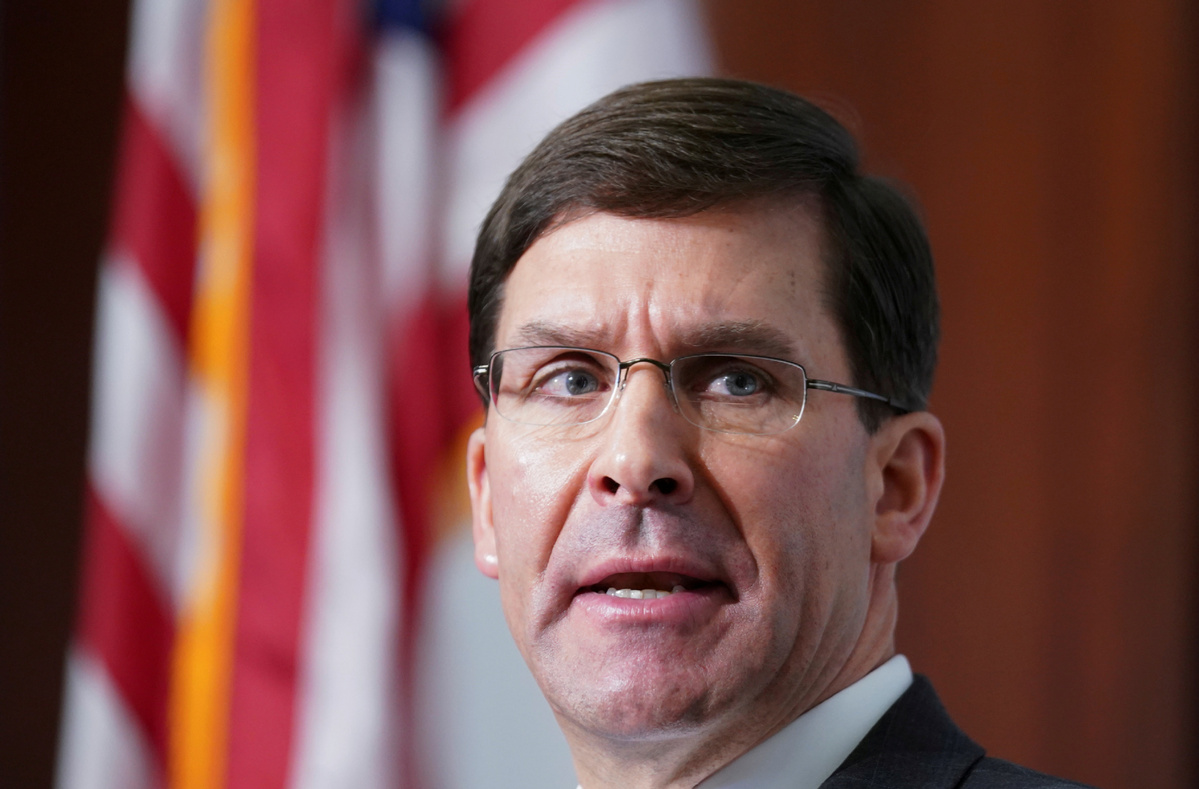 US Defense Secretary Mark Esper on Tuesday called the Philippines' decision to end an over two-decade old military pact with America "unfortunate".

"We just got the notification late last night. We have to digest it. We have to work through the policy angles, the military angles," Esper told reporters on his plane to Brussels for a NATO defense ministerial meeting, according to the transcript provided by the Pentagon.

"In my view, it's unfortunate that they would make this move," the Pentagon chief added.

Esper's remarks came hours after the Philippines said it had officially notified the United States about the termination of the Visiting Forces Agreement (VFA) between Manila and Washington.

There will be a 180-day wind-down period before the deal's final termination, which allows the US forces to conduct large-scale joint military exercises with Philippine troops in the Southeast Asian country.

Calling the Philippines' announcement "a move in the wrong direction", Esper told reporters that they will "work though it" in the following six months.

Meanwhile, O'Brien noted that the United States "does not want to be anywhere where people don't want us".

The Philippines and the US signed a VFA in 1998. The Philippine senate ratified the agreement in 1999, seven years after the closure of the last US base on Philippine territory.

Panelo told reporters that scrapping the VFA will have little impact on the country's security situation and Duterte wants to deal with countries that will treat the Philippines as equal.

US State Department Assistant Secretary R. Clarke Cooper told reporters on Monday that terminating the pact would put more than 300 military engagements at risk, including joint trainings, between the two sides.

In 2014, Manila and Washington signed the Enhanced Defense Cooperation Agreement with the United States.

Duterte said earlier that he wants all security agreements between the United States and the Philippines reviewed or scrapped.