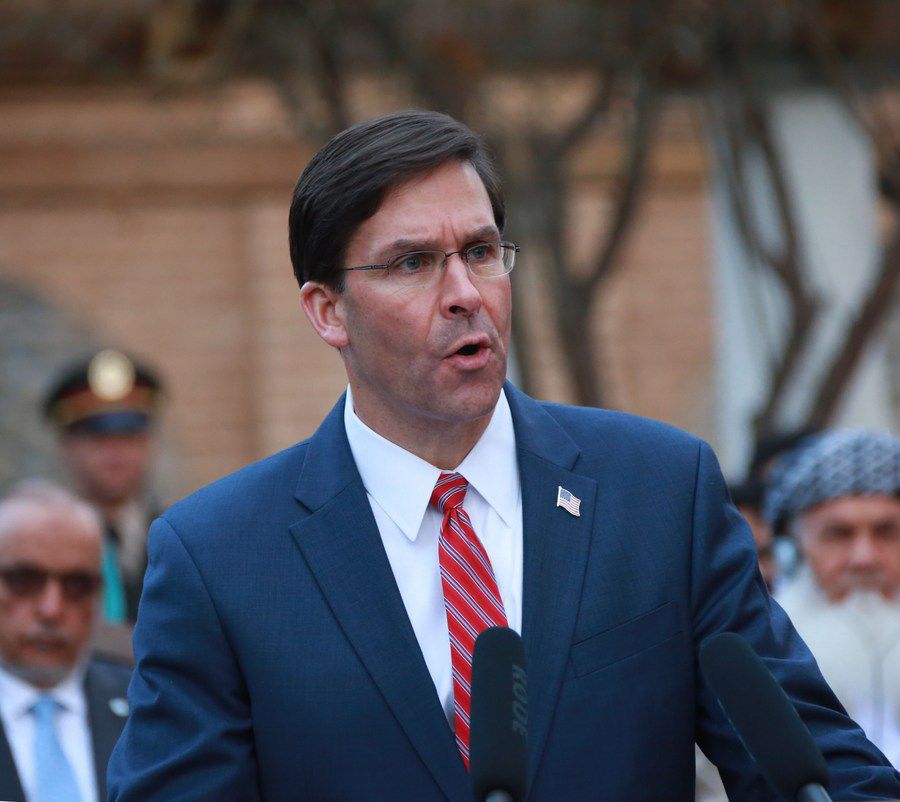 WASHINGTON, July 21 (Xinhua) -- U.S. Secretary of Defense Mark Esper said on Tuesday that he had not issued orders to withdraw U.S. troops from South Korea, but adding the Pentagon would continue to conduct adjustments at every theater command.

"I've issued no orders to withdraw forces from the Korean Peninsula," Esper responded to a question on potential U.S. force restructure in South Korea at a think tank event.

While he also said that he would look at every geographic combat command to implement U.S. national defense strategy.

"So we will continue to look at the adjustments at every command we have in every theater to make sure we are optimizing our forces," he added.

Esper's remarks came as the Trump administration is weighing the possibility of reducing U.S. troops on the Korean Peninsula.

U.S. media reported recently that the Pentagon had given the White House options for the possible reduction of the U.S. troop presence in South Korea, amid a battle with Seoul in which Washington is demanding significantly more cash to keep U.S. forces there.

A U.S. military official told the Wall Street Journal that the Pentagon reviewed the 28,500 U.S. troops stationed in South Korea, as part of a broader look at shifting deployments worldwide.

Trump has caused much anxiety in Washington by threatening allies that he would remove U.S. troops from various strategic areas. Last month the administration announced it would pull thousands of troops from Germany, claiming that Berlin is not paying their fair share of NATO costs.