Pentagon chief to kick off East Asia trip next week 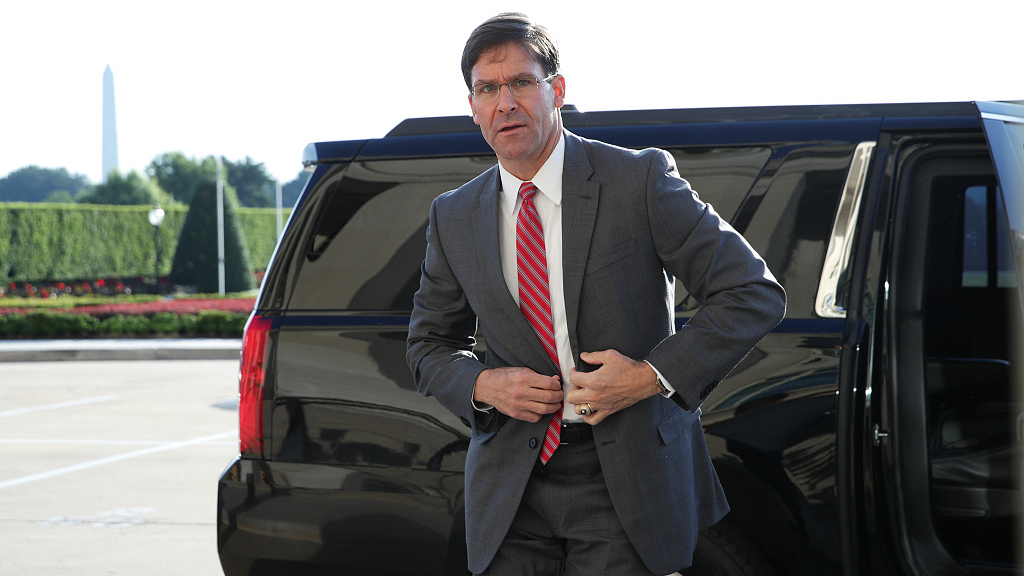 WASHINGTON, Nov. 7 (Xinhua) -- US Secretary of Defense Mark Esper will travel to South Korea, Thailand, the Philippines, and Vietnam next week, the Pentagon said in a statement on Thursday.

Esper's trip starts on Nov. 13, and his first stop is Republic of Korea (ROK), where he will attend the 51st US-ROK Security Consultative Meeting and discuss the alliance with his counterpart and other senior South Korean officials, the statement said.

The Pentagon chief will then participate in the ASEAN Defense Ministers' Meeting (ADMM) -Plus in Thailand, after which Esper will visit the Philippines and Vietnam, meeting his counterparts of the two Southeast Asian countries.

ADMM-Plus is a multilateral platform that was attended by the defense ministers of ASEAN members as well as ASEAN's eight Plus partners, namely Australia, China, India, Japan, New Zealand, South Korea, Russia, and the United States.