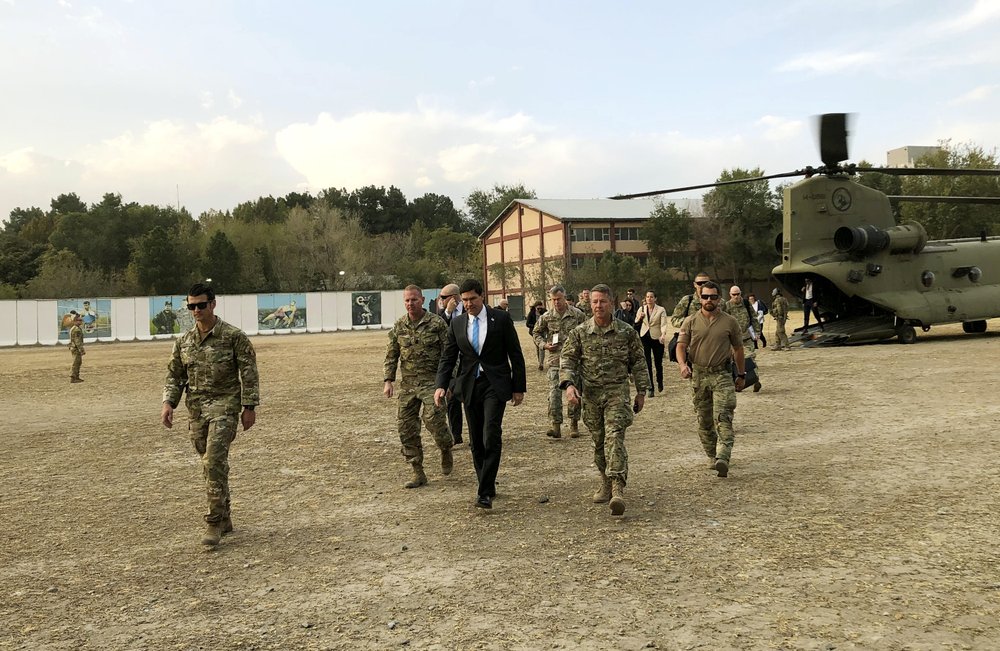 Pentagon chief Mark Esper arrived in Baghdad for talks on Wednesday as Washington pulled out its remaining troops from northern Syria through Iraq.

Esper was due to meet his Iraqi counterpart Najah al-Shammari to address concerns among some in the government that the troops might stay in Iraq.

Iraq's high command said Tuesday that "no authorisation has been given for these troops to remain on Iraqi soil".

"All of the US troops who have withdrawn from Syria have obtained authorisation to enter Iraqi Kurdistan in order to leave Iraq."

On the previous leg of his tour in Saudi Arabia on Tuesday, Esper said the redeploying troops would stay in Iraq "temporarily" before returning to the United States.

He said the US forces were pulling out of Syria in phases, and had now moved from the "immediate zone of attack" to a northeastern corridor out of the country.

"Then we'll have another phase that will draw all the forces out. We will temporarily position in Iraq before bringing the troops home. They will be coming home," Esper said in an interview with CNN.

The United States currently has 5,200 troops in Iraq, part of a US-led international coalition against IS.

Their presence at several bases in Iraq has been the subject of debate, with pro-Iranian Shiite militias and politicians making frequent demands for their withdrawal.