WASHINGTON, Dec. 23 (Xinhua) -- The Pentagon confirmed on Monday that a U.S. soldier was killed during combat operations in Afghanistan on Sunday. 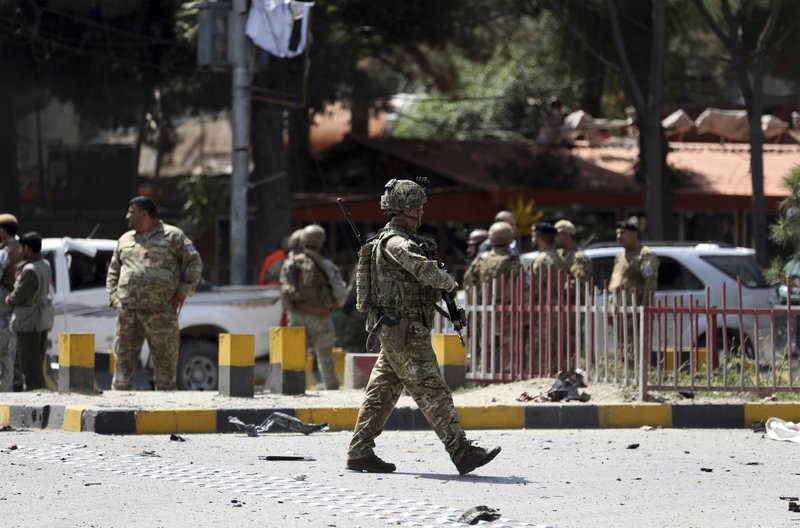 Resolute Support (RS) forces and Afghan security personnel inspect the site of a car bomb explosion in Kabul, Afghanistan, Thursday, Sept. 5, 2019. A car bomb rocked the Afghan capital on Thursday and smoke rose from a part of eastern Kabul near a neighborhood housing the U.S. Embassy, the NATO Resolute Support mission and other diplomatic missions. (File photo: AP)

The soldier was killed as a result of injuries sustained in combat operations in Kunduz Province, Afghanistan, the Pentagon said in a statement, adding the incident was under investigation.

Zabiullah Mujahid, a purported Taliban spokesman, claimed the attack on his twitter.

The latest U.S. casualty occurred as the United States and Taliban restarted earlier this month a stalled negotiation after a lull in Qatar.

Twenty U.S. troops have been killed during combat operations in Afghanistan in 2019, according to U.S. media.

U.S. media recently reported that the White House had planned to withdraw around 4,000 troops from the war-torn country.

The war in Afghanistan is the longest one in U.S. history. The death toll of U.S. service members has surpassed 2,400 since the United States invaded Afghanistan in 2001.