WORLD Pentagon denies reports on US pullback from Iraq

Pentagon denies reports on US pullback from Iraq

WASHINGTON, Jan. 6 (Xinhua) - The Pentagon said on Monday that there was no policy change regarding its force presence in Iraq after media reported earlier that US troops are preparing to withdraw from the country. 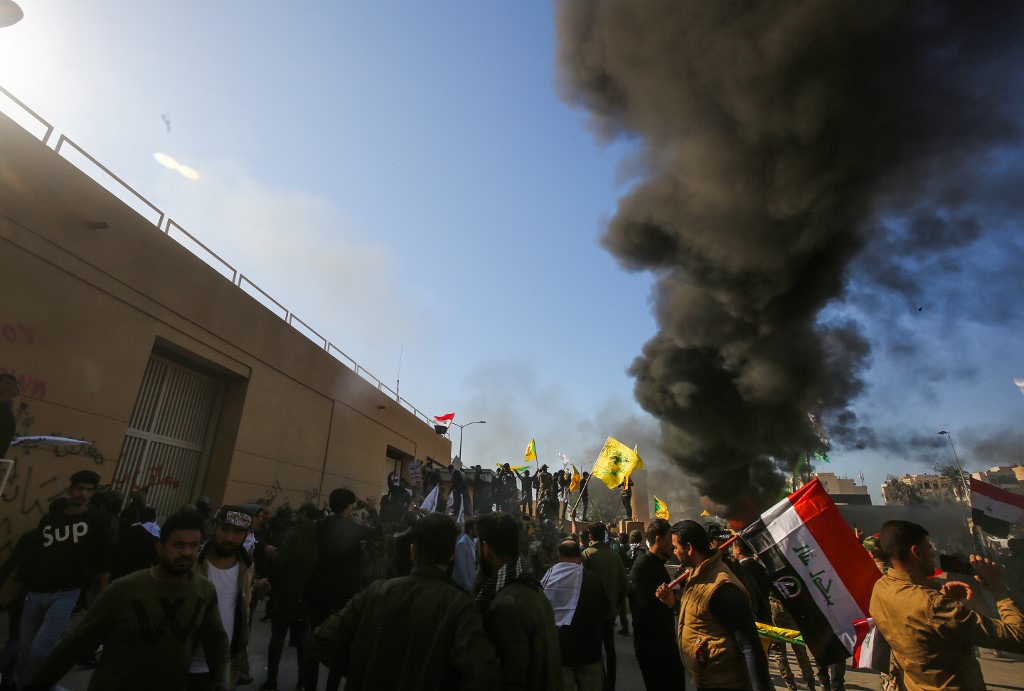 In this file photo taken on December 31, 2019 Iraqi protesters burn tires in front of the US embassy building in the capital Baghdad to protest against the weekend's air strikes by US planes on several bases belonging to the Hezbollah brigades near Al-Qaim, an Iraqi district bordering Syria. (Photo: AFP)

"There has been no change in US policy with regard to our force presence in Iraq. We continue to consult with the Iraqi government regarding the defeat-ISIS mission and efforts to support the Iraqi Security Forces," Pentagon Press Secretary Alyssa Farah said in a statement.

Multiple media reported on Monday that US forces are preparing to leave Iraq, citing a letter sent from William Seely, the commander of the US task force in Iraq, to the deputy director of the Iraqi defense ministry's Combined Joint Operation Baghdad.

"In due deference to the sovereignty of the Republic of Iraq, and as requested by the Iraqi Parliament and the Prime Minister, CJTF-OIR (Combined Joint Task Force - Operation Inherent Resolve) will be repositioning forces over the course of the coming days and weeks to prepare for onward movement," the letter wrote.

Mark Milley, the chairman of the US Joint Chiefs of Staff, noted that the letter was a draft and a mistake, adding "that is not what's happening."

The episode came a day after the Iraqi parliament passed a nonbinding resolution requiring the government to end the presence of foreign forces in Iraq and prevent them from using Iraqi airspace and waters.

The Iraqi Foreign Ministry said that US attacks "constitute a serious violation of Iraqi sovereignty and violate the conditions for the presence of the American forces in Iraq."

Over 5,000 US troops have been deployed in Iraq to support Iraqi forces in battles against the Islamic State, mainly providing training and advising for them.