The US Air Force said Tuesday it was investigating how civilians were killed as they tried to cling to an aircraft departing Kabul's airport amid chaotic scenes sparked by the imminent seizure of the Afghan capital by the Taliban. 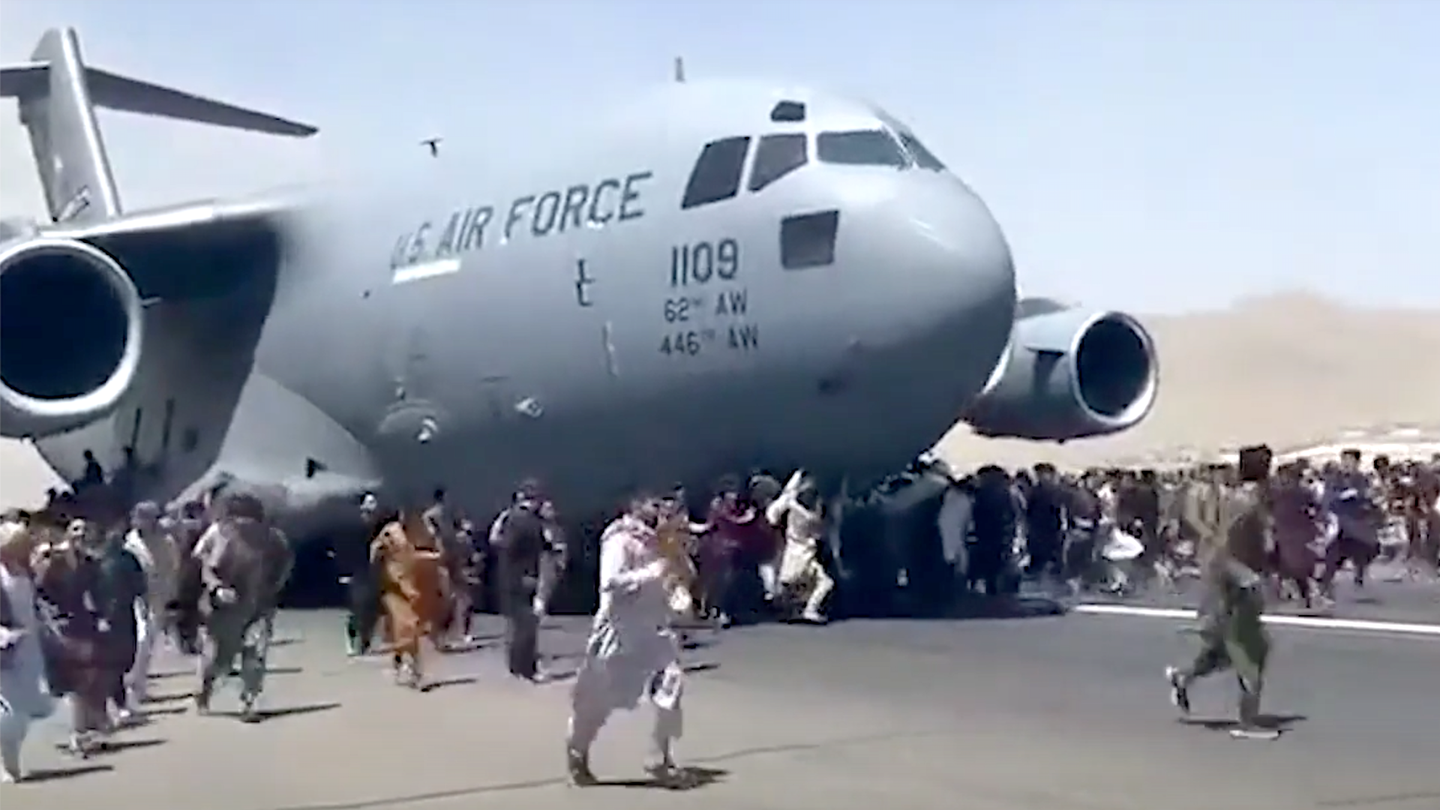 Investigators are reviewing footage of what appears to be at least two Afghans plummeting from an airborne C-17 transport Monday as well as videos and social media posts related to other possible casualties, spokeswoman Ann Stefanek said.

She confirmed that they also looking into a body found in the wheel well of the aircraft after it landed in Qatar.

The examination "will be thorough to ensure we obtain the facts regarding this tragic incident. Our hearts go out to the families of the deceased," Stefanek said in a statement.

Stefanek did not give the total number of people killed and injured.

Video showed hundreds of people running alongside the huge craft and clambering onto it as it rolled along a runway at Hamid Karzai International Airport.

Stefanek said the aircraft had landed to deliver equipment to support the evacuation of US and Afghan civilians from Afghanistan.

"Before the air crew could offload the cargo, the aircraft was surrounded by hundreds of Afghan civilians who had breached the airport perimeter," she said.

"Faced with a rapidly deteriorating security situation around the aircraft, the C-17 crew decided to depart the airfield as quickly as possible."