WASHINGTON, Aug. 23 (Xinhua) -- The U.S. Department of Defense (DOD) said Monday that it is moving to mandate COVID-19 vaccine for all military service members, following the full approval of the Pfizer-BioNTech vaccine announced earlier in the day by the Food and Drug Administration (FDA). 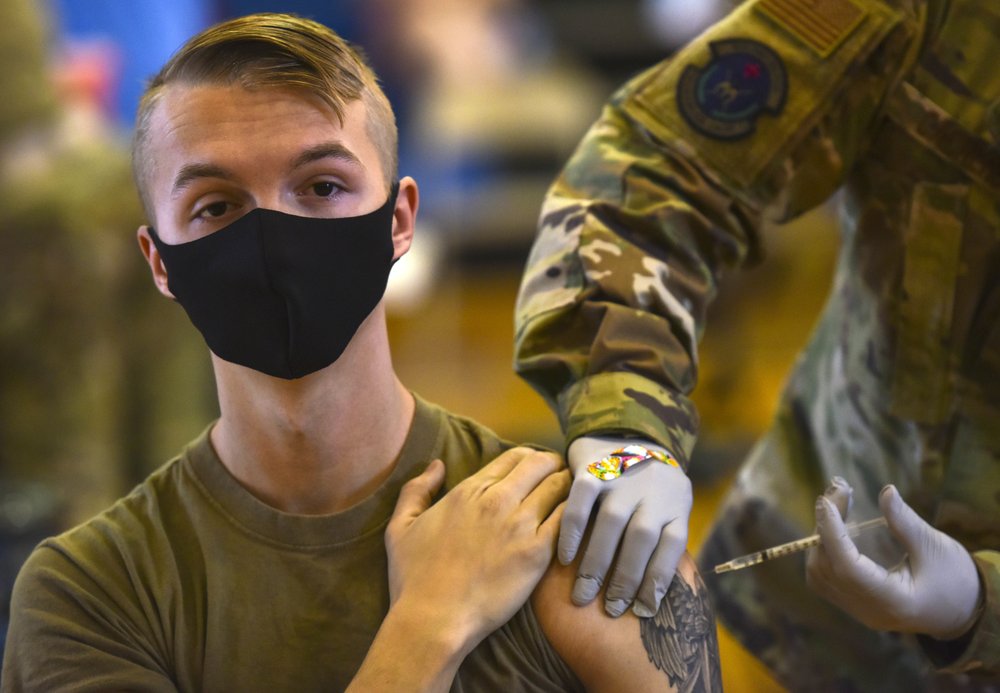 Pentagon spokesman John Kirby told a press conference that Defense Secretary Lloyd Austin is "prepared to issue updated guidance requiring all service members to be vaccinated," adding that the move aims "to ensure the safety of our service members and promote the readiness of our force."

A timeline for when troops must receive the shot will be provided in the coming days, according to Kirby, who previously said that once the vaccine mandate takes effect, "there could be administrative and disciplinary repercussions" for those who fail to receive it.

Earlier on Monday, the FDA granted its full approval to the Pfizer vaccine -- which previously was authorized only for emergency use -- in a much-anticipated move that's expected to boost vaccinations across the nation, while clearing a potential hurdle for the Pentagon's mandate.

Austin has said he has been waiting until after the FDA's complete authorization for the vaccine to order mandatory vaccination for the country's armed forces, or -- absent of the approval -- that he could move faster by seeking a waiver from President Joe Biden, who has directed the Pentagon chief to plan for adding the vaccine to the list of required vaccinations for the military.

Austin said in an Aug. 9 memo that the mandate will become effective no later than Sept. 15. The DOD now requires 17 inoculations for its service members upon their entry in the military or before their overseas deployment.

The United States is currently experiencing the fourth wave of COVID-19 as the transmission of the highly contagious Delta variant flares up nationwide.

Members of the military, who live and work closely together in barracks and on ships, face a more acute danger of getting the virus, and any outbreak among men and women in uniform could be detrimental to the country's national defense capability.

The DOD recorded the highest weekly COVID-19 death toll in the seven-day period from Aug. 11 to 18, during which five soldiers succumbed to the virus, bringing the total service member deaths to 34.

During the same time frame, 4,156 new infections were reported among U.S. troops, taking the total caseload to 222,138.