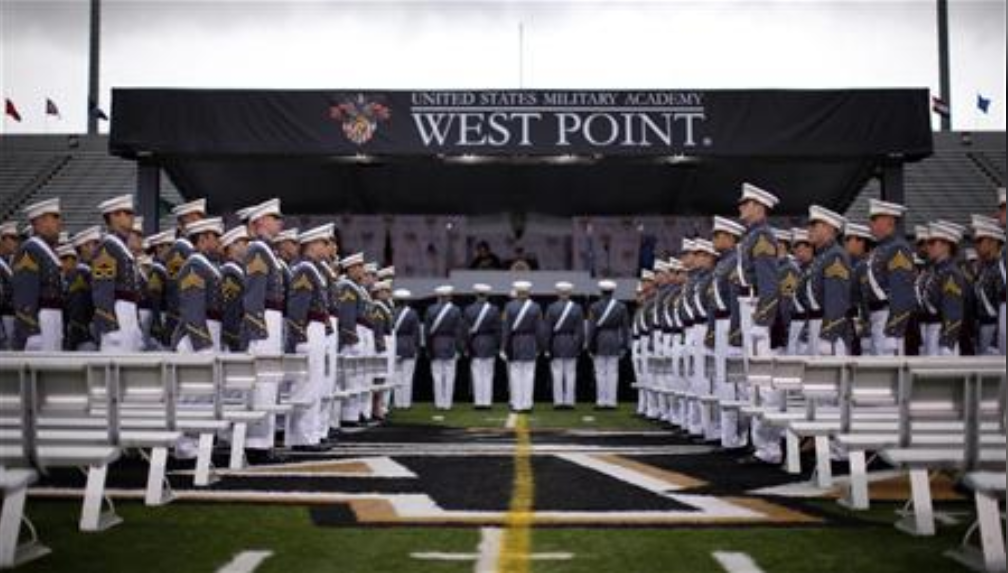 Graduating cadets stand in formation as they arrive for graduation ceremonies at the United States Military Academy at West Point, New York, May 25, 2013. (Photo: CGTN)

During the 2018-2019 school year, there were 149 sexual assaults officially reported to authorities at three military academies -- where students prepare for futures as military officers -- compared to 117 during the previous school year, marking an increase of more than 25 percent, the Pentagon said in a report.

This year's count only covered sexual assault cases reported to authorities, which the Pentagon says makes it difficult to determine if the rise in cases is due to better reporting or if sexual assaults did indeed occur more frequently than the year before.

Every two years, the nearly 13,000 students at the three schools -- the army's U.S. Military Academy at West Point, New York, the Naval Academy in Annapolis, Maryland and the Air Force Academy in Colorado Springs, Colorado -- are also able to fill out anonymous questionnaires about sexual assaults that were not reported to authorities, including cases of sexual harassment or unwanted sexual contact.

This report did not include results from the questionnaires.

"This report is a reflection of what we already know," said retired Colonel Don Christensen, former Air Force prosecutor and head of the organization Protect Our Defenders. "The Pentagon has repeatedly failed to address the sexual assault crisis gripping its ranks and, as a result, the problem continues to grow."

"Year after year, military leadership has lauded a focus on prevention despite zero evidence that preventative measures are working. In fact, the opposite is true," he said.

Christensen called out the Pentagon's lack of "military justice reform" in not putting sexual assault cases "in the hands of professionals."

"Their continued obstruction of reform has led to a dramatic increase in sexual assaults and harassment, not only affecting those who bravely serve in our military, but its next generation of leaders as well," he said.