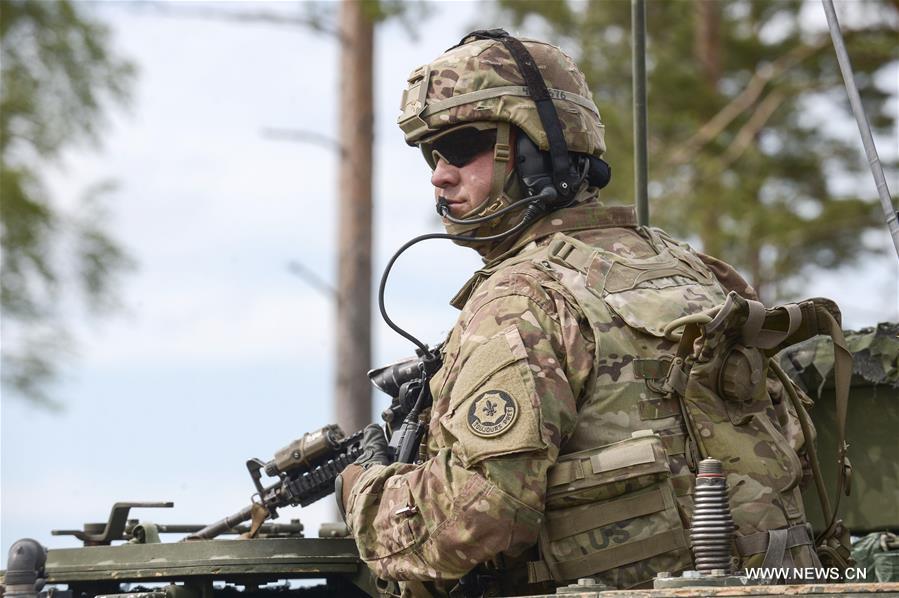 WASHINGTON, March 25 (Xinhua) -- US Secretary of Defense Mark Esper issued an order to stop movements of overseas US forces for up to 60 days to curb the spread of the coronavirus among military, according to media reports.

In a Wednesday interview with Reuters, the Pentagon chief said the order applied to all US forces, civilian personnel, and families, while noting that there would be some exceptions.

Esper said that the US force's withdrawal from Afghanistan would continue. Under the US-Taliban deal that was inked last month, the United States would reduce its forces in Afghanistan to 8,600 within 135 days. Currently, there are about 13,000 US troops in the country.

The Pentagon on the same day also raised the Health Protection Condition (HPCOM) level to its second-highest level "Charlie" at all Defense Department installations globally, which directs to cancel large-scale meetings, implement remote work procedures, among others.

The Department of Defense reported 435 COVID-19 cases as of 5 a.m. March 25. A contractor at the Defense Security Cooperation Agency (DSCA) died on Saturday due to the coronavirus, the first such fatality related to the Pentagon.