Peru arrests more than 50 in drug bust at Colombian border 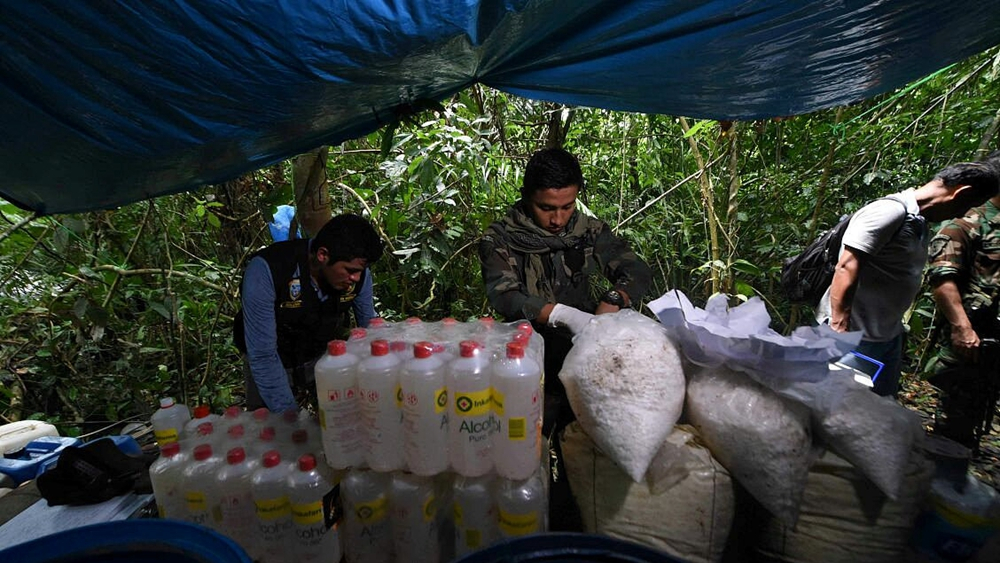 Peru arrested more than 50 people on Monday, the majority Colombian, as part of an operation against drug trafficking in a jungle border province where FARC rebels have reportedly taken refuge.

The operation in Peru’s Amazonian province of Putumayo followed repeated attacks by FARC rebels on security forces in nearby Ecuador.

Some 1,200 fighters for the former Revolutionary Armed Forces of Colombia (FARC) refused to demobilize under a 2016 peace agreement with Colombia’s government and have continued with drug trafficking activities, according to Colombia’s defense ministry.

Under the state of emergency, which was declared by President Vizcarra and went into effect on Monday, civil liberties are suspended and military force is authorized to maintain order in Putumayo for 60 days. Segundo Julca, mayor of Putumayo province, said the measure was aimed at pushing back against an incursion of armed Colombian FARC rebels.

He said rebels had been recruiting farmers to grow coca, the main ingredient in cocaine and a lucrative crop in the poverty-stricken province.

Julca said he has received so many death threats that he now largely lives outside Putumayo.

Rebels distributed pamphlets in May, calling on Putumayo to welcome them.

“We are not a group of criminals or drug traffickers as they call us. We are FARC rebels,” it read. “We ask for financial support from the mayor ... and we call on the youth to join our ranks.”

It said Peru’s military should maintain “our good ties” to avoid reprisals.