Former Peru president Alan Garcia died in hospital on Wednesday after shooting himself in the head at his home as police were about to arrest him in a graft investigation, a party official said. 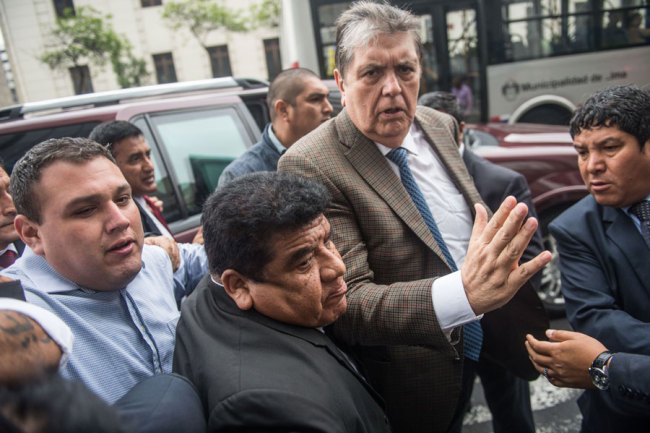