Peru hopes to build on the growing number of tourists visiting the South American country from China and other Asian countries, Carlos Canales, president of Lima's Convention and Visitors Bureau said on Saturday. 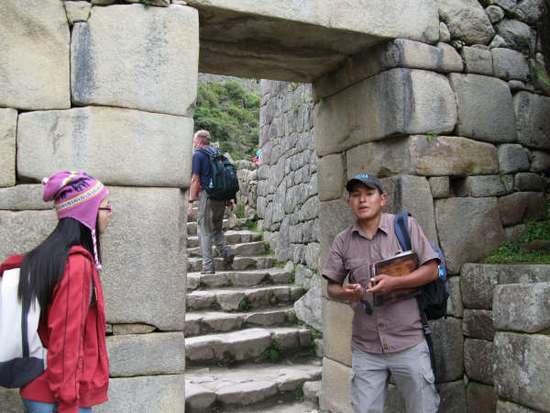 "Currently, about 40,000 Chinese citizens visit our country for various reasons, including leisure and business travel," said Canales.
Famed for its ancient vestiges of Inca civilization, Peru was recently voted Latin America's second best country for doing business, and the region's fourth-leading tourism destination.
To promote Peru's attractions in China, Canales plans to take advantage of a visit invitation recently extended by the local government of Zhuhai, a city in south China's Guangdong province, and enter into a sister-cities partnership to boost tourism flows.
"To develop mutual cooperation and, in particular, tourism and foreign trade, I will be traveling along with the president of Peru's Association of Exporters, Juan Varilias," Canales told Xinhua.
The number of Chinese travelers to Peru has been growing steadily, with 34,000 to 35,000 Chinese citizens visiting the country in 2016, representing a 10 percent increase over the year before, he said.
"If we keep in mind that 10 years ago we had barely 6,000 Chinese tourists, we can say that in a decade we have succeeded in an almost 800 percent increase," said Canales.
The tourism promoter is confident that the trend will be on the rise in the years to come.
"Our goal is to reach a million Chinese tourists. Today, the United States receives 5 million Chinese tourists, and Canada 7 million. Argentina, Brazil and Chile have an average of 35,000," said Canales.
The similar numbers among Latin American countries spring from the fact that Chinese visitors normally join group tours that take them to several countries in a single trip, which is understandable given the long haul from Asia to the Americas.
"The Chinese tourist comes to visit three or four countries, he makes a circuit, so the traveler who comes to Peru also goes to Chile, Brazil, Argentina or Mexico," said Canales.
Chinese tourism to Peru, like bilateral trade, began to increase following the signing of a free trade agreement between the two countries that took effect on March 1, 2010.
Since taking office in the summer of 2016, Peruvian President Pedro Pablo Kuczysnki has also made the promotion of trade, investment and tourism ties with China a priority.
Statistics of Peru's Ministry of Foreign Affairs show that 73 percent of Chinese visitors choose to stay at four- or five-star hotels, and a visit to Cusco, the ancient capital of the Inca Empire, is on most Chinese travel itineraries.