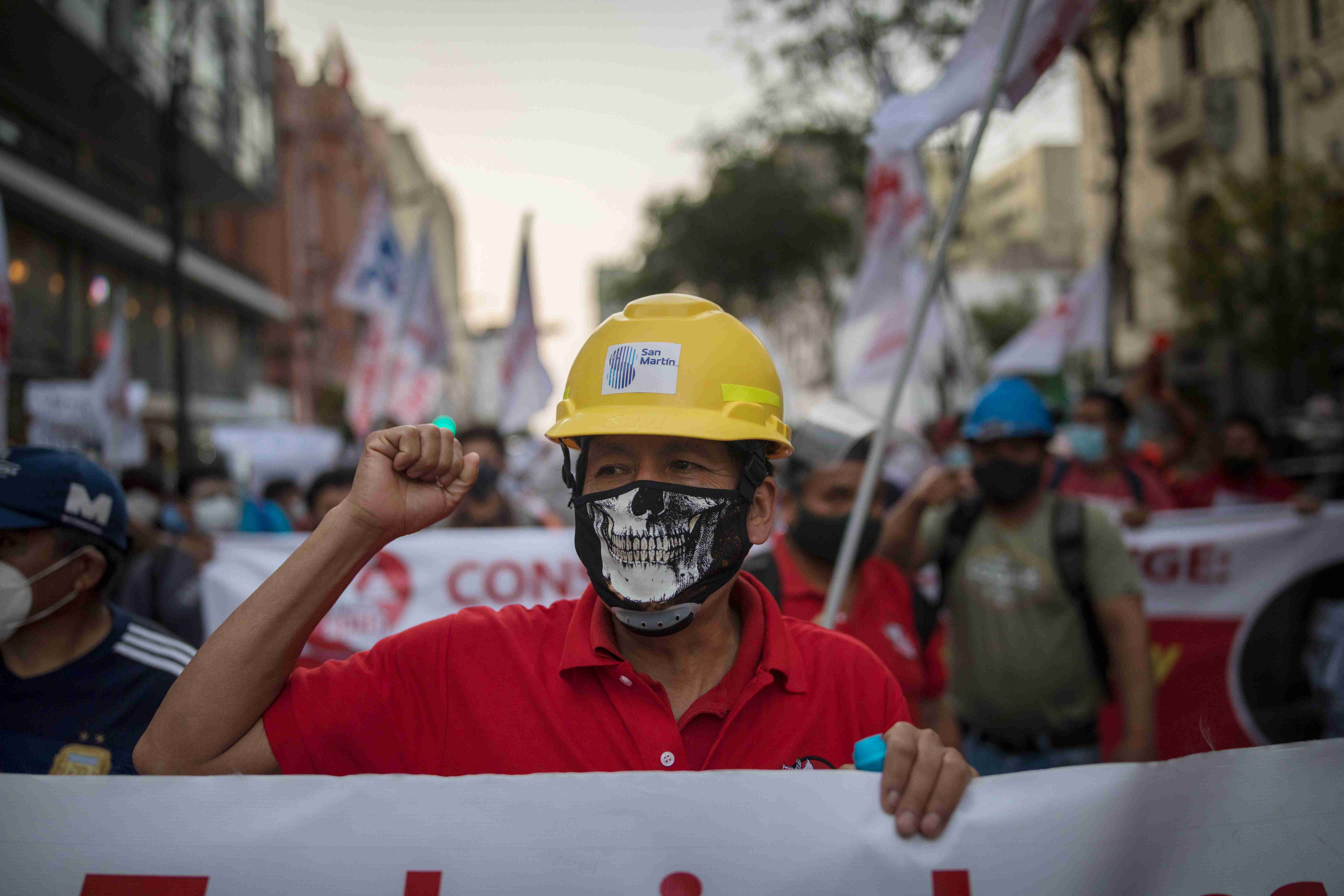 Demonstrators from the workers' unions march to demand significant social changes and a new constitution from the government of new President Francisco Sagasti, in Lima, Peru, November 18, 2020. (Photo: AP)

The new government was formed a day after liberal centrist Sagasti was sworn into office after a tumultuous week that saw the departure of two presidents and marches in the street that were marred by the deaths of two young protesters.

Sagasti appointed Violeta Bermudez, a legal expert on vulnerable populations and gender politics, to head the cabinet of 18 ministers, with Waldo Mendoza, an economist with a background in tax oversight, to oversee the economy portfolio.

The appointment of Sagasti, after his conservative predecessor Manuel Merino resigned on Sunday, has helped calm protests and ease jittery markets. There are new elections planned for April 2021.

Meanwhile hundreds of people took to the streets of Lima to demand constitutional reform as the Andean country seeks to leave behind a crisis that was exacerbated by strong protests against the political class.

Protesters, mostly members of trade unions, said the country needs a new constitution because of serious corruption cases that have implicated members of the judiciary and political class.