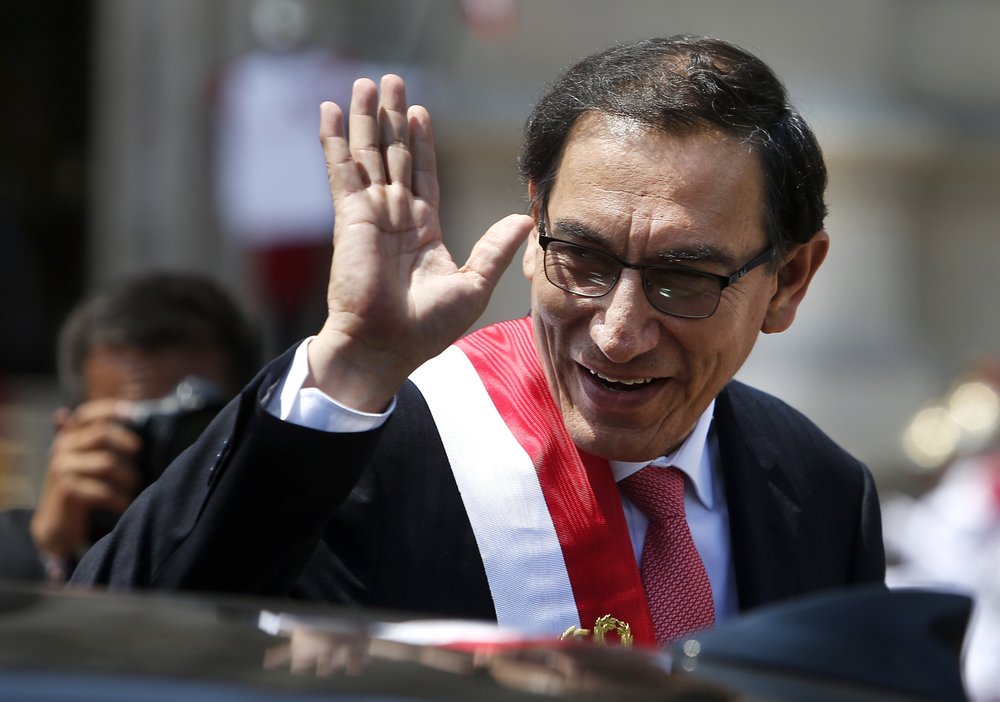 Peru's newly-sworn in President Martin Vizcarra waves as he makes his way to the House of Pizarro, the presidential residence and workplace, also known as Government Palace, in Lima, Peru, March 23, 2018. Vizcarra, a soft-spoken engineer stepped into Peru's presidency earlier this year after his predecessor resigned amid scandal. (Photo: AP)

Peru's President Martin Vizcarra on Sunday offered to cut short his term and hold elections to end what he called an institutional crisis.

He said in a speech to Congress this would also involve shortening the term of the legislature. As it stands, general elections are scheduled for July next year.

The president said his idea would need to be passed by the opposition-controlled legislature, and then approved in a referendum.

"The voice of the people must be heard," Vizcarra told lawmakers, as some cheered him and others yelled insults, in a session on Peru's national day.

"Peru is screaming out for a new beginning," Vizcarra said.

If Congress agrees to the president's proposal, the referendum will be held at the end of the year and the elections "on the second Sunday of April 2020," Justice Minister Vicente Zeballos said.

But he has repeatedly clashed with Congress, which is dominated by the Popular Force party of Keiko Fujimori, who is herself in prison pending trial on corruption charges linked to Brazilian construction giant Odebrecht.