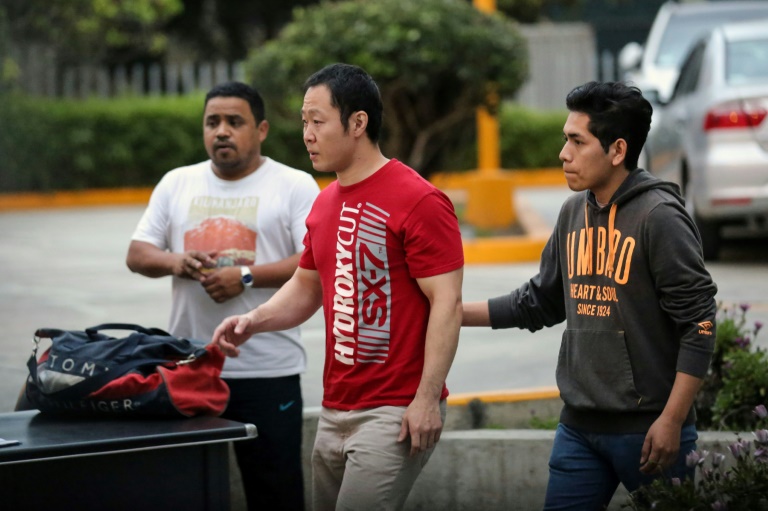 Peruvian prosecutors are seeking a 12-year prison term for former lawmaker Kenji Fujimori on charges of attempting to buy votes in a plot to keep ex-president Pedro Pablo Kuczynski from being impeached.

Also charged are former lawmakers Guillermo Bocangel and Bienvenido Ramirez. Prosecutors are seeking 12 years in prison for the former and 11 years for the latter.

Prosecutors said Kenji Fujimori had reached a deal with Kuczynski to pardon his father in exchange for helping Kuczynski survive an impeachment vote.

Thanks to the abstention of a group of lawmakers led by Kenji Fujimori, Kuczynski survived the initial attempt to remove him in December 2017 over alleged bribes from Brazilian conglomerate Odebrecht.

Prosecutors in 2018 launched a preliminary investigation of Kenji Fujimori, Ramirez and Bocangel after secretly recorded videos surfaced in which the men sought to bribe a fellow lawmaker to oppose the impeachment.

The tapes led to Kuczynski's resignation and to Kenji Fujimori's loss of his legislative seat.

Prosecutors are also investigating the sister of Kenji, Keiko Fujimori, over money received from Odebrecht and other sources for her 2011 and 2016 election campaigns.

Peruvian opposition leader Keiko, 44, was placed in preventive detention in October 2018 but was freed on November 29 following a Constitutional Court ruling, which had no bearing on the corruption case itself.

Alberto Fujimori, 81, is serving a 25-year sentence for human rights violations during his presidency. The Supreme Court cancelled the pardon which Kuczynski had given Fujimori, who ruled from 1990-2000.