Peru will re-impose a ban on people leaving their homes on Sundays and outlaw family parties in an effort to curb its resurgent coronavirus outbreak, President Martin Vizcarra said Wednesday. 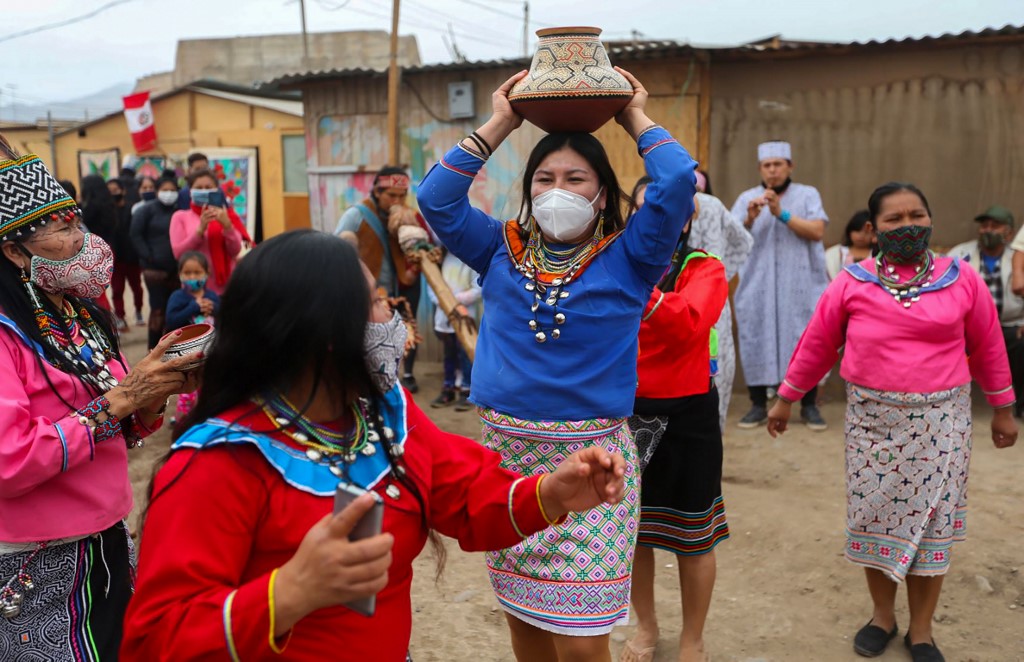 Photo released by Peruvian national news service Andina of a Shipibo-Konibo women wearing protective masks while dancing during the commemoration of the International Day of the World's Indigenous Peoples, at an area where people of this Amazonian ethnic group live, in Lima on August 9, 2020. (File photo: AFP)

Since the government started lifting containment measures on July 1, the number of daily new cases has more than doubled from 3,300 to 7,000.

"We have to take a step back in the measures we were relaxing," said Vizcarra. "From this Sunday the mandatory curfew will return on a national level."

The president blamed family social gatherings for "generating this spike in infections" and said they are now banned.

The Sunday curfew was briefly applied in April, a few weeks after Peru declared a health emergency.

Only people with special passes, like hospital workers, will be allowed out of their homes.

It has been six weeks since Peru began easing lockdown restrictions in a bid to reactivate its economy.

But the government has now also expanded the obligatory quarantine that had been lifted in 20 out of 25 regions since July 1.

Peru is the third worst affected country in Latin America -- after Brazil and Mexico -- by the coronavirus pandemic with 490,000 cases and more than 21,500 deaths.

A nighttime curfew has been in place since March 16 while the borders are closed and school classes have been suspended for the rest of the year.