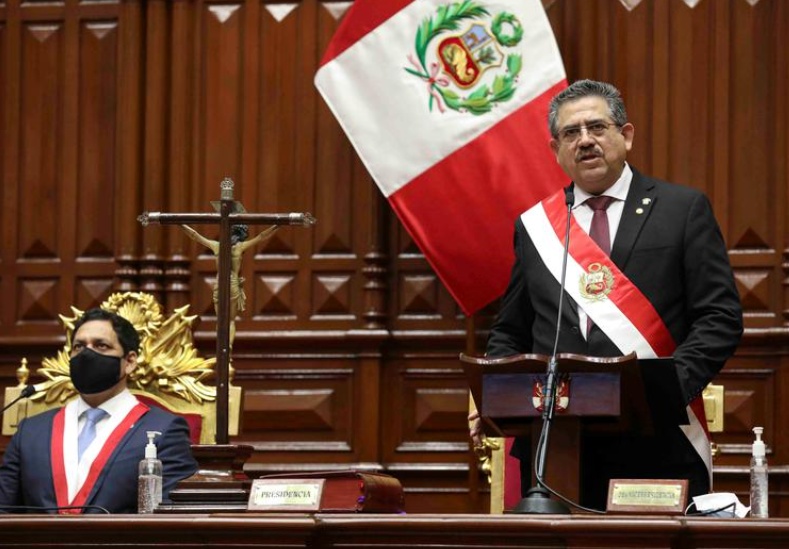 Peru's interim president, Manuel Merino, resigned on Sunday amid the pressure generated by the social protests in the South American country.

"I want to inform the entire country that I presented my irrevocable resignation to the positon of the President of the Republic and I invoke peace and unity of all Peruvians," Merino said in a televised address to the nation.

He made the announcement after the Peruvian Congress held a crisis session on Sunday and asked him to resign amid the social protests, which have left at least two people dead, according to local media reports.

Merino on Saturday called on young people to "be calm" and end ongoing street protests so that his government may address the country's problems.

His remarks were aimed at some sectors of the country that have not accepted the removal of former President Martin Vizcarra from power.

Merino assumed the presidency on Tuesday after Vizcarra was removed by Congress amid allegations of corruption.