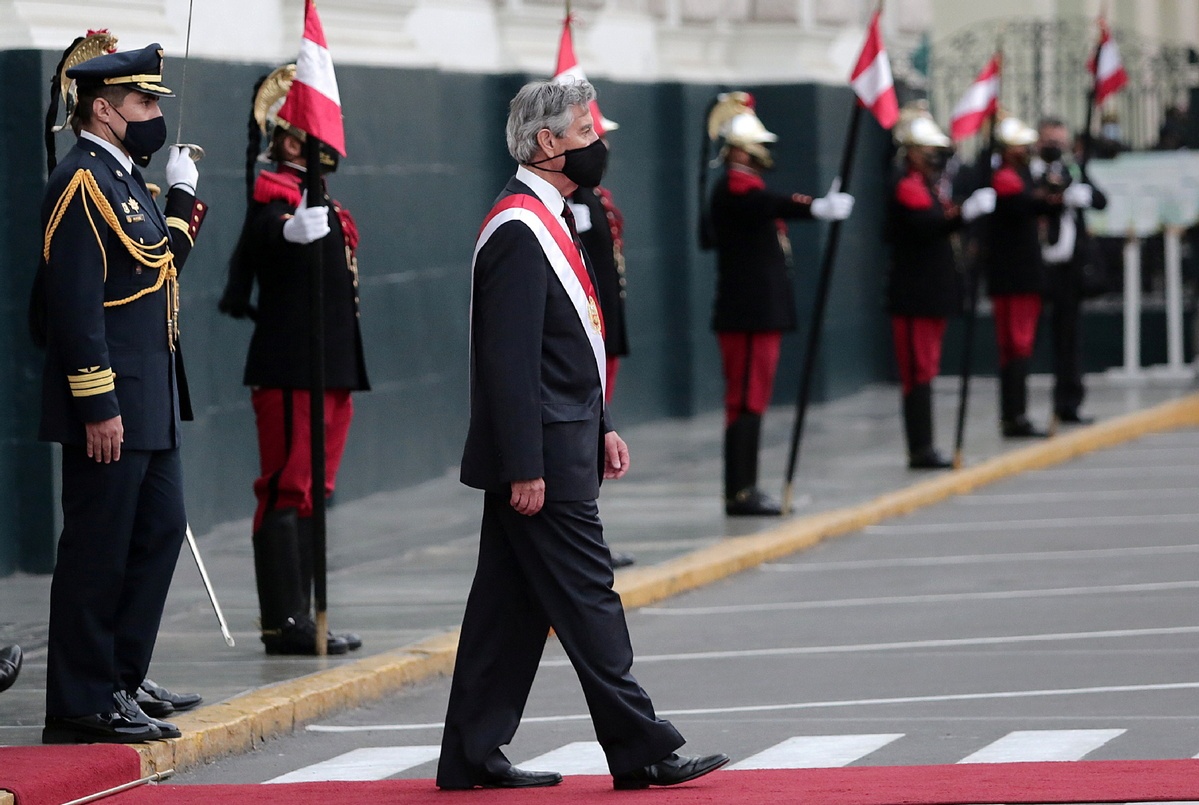 LIMA - Francisco Rafael Sagasti was sworn in as Peru's interim president at a special session of the Congress on Tuesday.

Sagasti's predecessor Manuel Merino was forced to resign on Sunday amid protests across the country after he assumed the presidency early last week, following the removal of former President Martin Vizcarra by the Congress.

Sagasti on Monday pledged to do "everything possible" to bring hope to the people and show them that "they can trust us (politicians)."

According to the Peruvian Constitution, Sagasti will serve as Peru's president until July 28, 2021. His successor will be decided through presidential elections due in April next year.

Sagasti, 76, trained as an industrial engineer, graduated from the National University of Engineering in Lima, and held public posts during the military government of Juan Velasco Alvarado (1968-1975).

Peru has been roiled in the past six days as demonstrators took to the streets to protest ex-President Vizcarra's ouster, with clashes leaving two protesters dead, around 90 injured and eight missing.