Peru's President Manuel Merino on Wednesday appointed Antero Flores-Araoz as prime minister in his first act as president, a position he assumed on Tuesday. 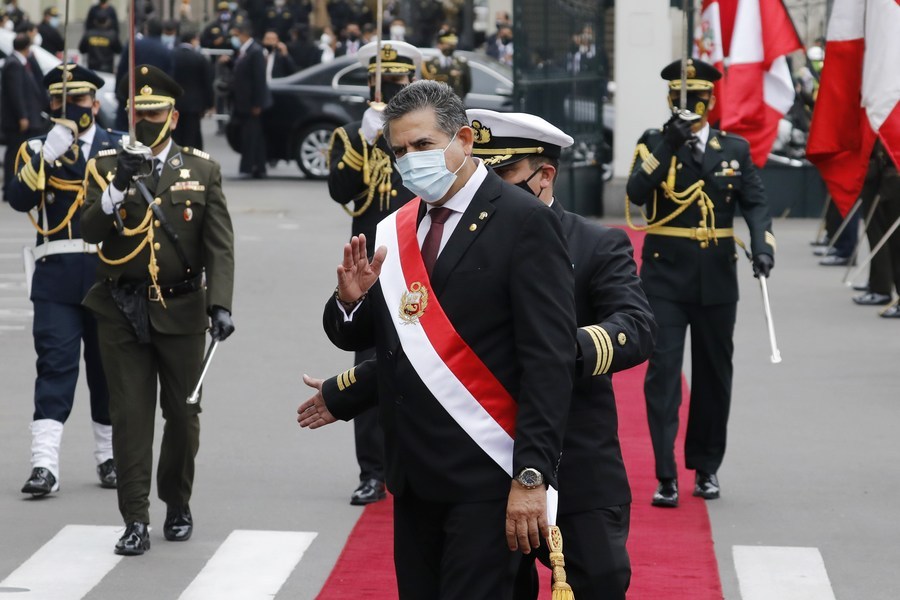 Peruvian President Manuel Merino (front) greets supporters after his swearing-in ceremony as the country's president, at the National Congress, in Lima, Peru, on Nov. 10, 2020. (Photo: Xinhua)

Flores-Araoz's swearing-in ceremony was held at the Government Palace in downtown Lima, capital of Peru.

The appointment of the prime minister followed the inauguration of the new government headed by Merino, a legislator who took over the presidency after ex-President Martin Vizcarra was impeached on Monday for alleged corruption.

In an interview with a local radio station before being sworn in, Flores-Araoz described the new administration as a "transitional government," saying "we have to improve the conditions in which we have received it to be able to deliver a country in order."

"We are not in the best of worlds, we have a very strong economic crisis, galloping unemployment and a health crisis. It is not the best time to do experiments," he said.

He also served as Peru's representative to the Organization of American States from 2006 to 2007, and defense minister from 2007 to 2009.