Peru's president to face a 2nd impeachment vote in Congress

For the second time in less than two months, opposition members in Peru's congress persuaded legislators to adopt a motion Monday that requires President Martin Vizcarra to face an impeachment vote. 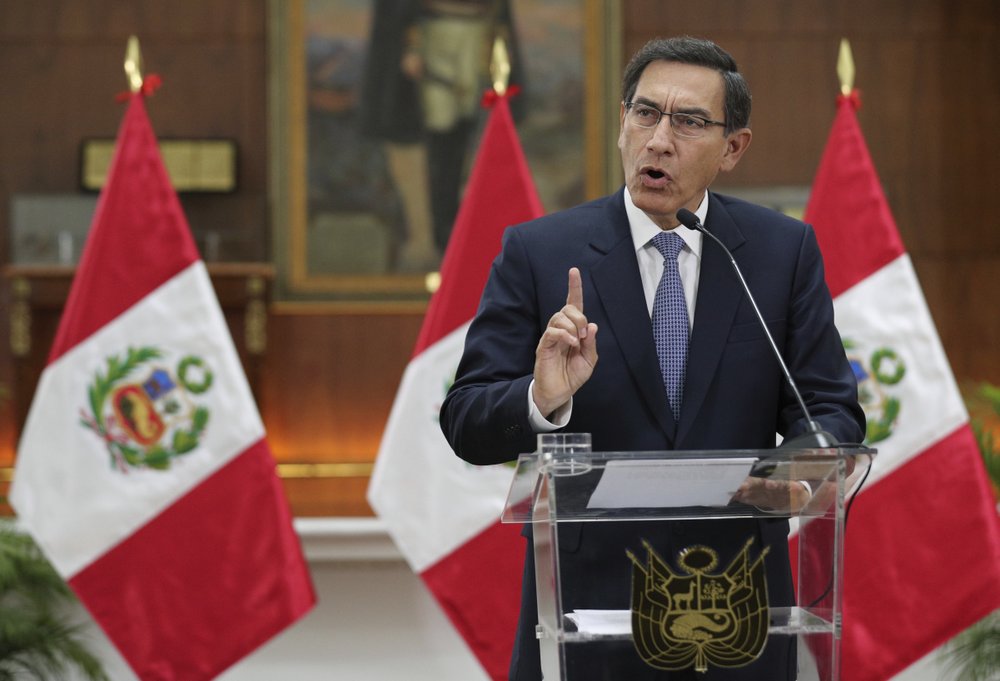 The president survived a similar proceeding in September when his congressional opponents accused him of obstructing an investigation into a $50,000 contract for an obscure singer hired to give motivational talks to public employees.

Vizcarra is now being accused of taking $670,000 in bribes from a construction company while he served as governor of Peru's southern state of Moquegua in 2011-2014.

The president has denied the allegations.

The latest motion to proceed to an impeachment debate and vote next Monday received 60 votes in favor and 40 against, while 18 members of congress abstained.

The president's critics would need 87 votes to remove Vizcarra from office. The president will be allowed to answer questions in congress, or send a lawyer to represent him.

Vizcarra was Peru’s vice president from 2016 to 2018 and took office when President Pedro Pablo Kuczynski was impeached amid a corruption scandal.

Vizcarra’s presidency has been marked by clashes with congress, which he dissolved last year in a bid to stamp out corruption. A new congress was elected in January, but the president still lacks congressional allies.

Vizcarra, whose term ends in the middle of next year, is the fifth Peruvian president to be investigated for allegations of corruption this decade. His predecessors have been put under house arrest and one of them killed himself as police prepared to arrest him at home.