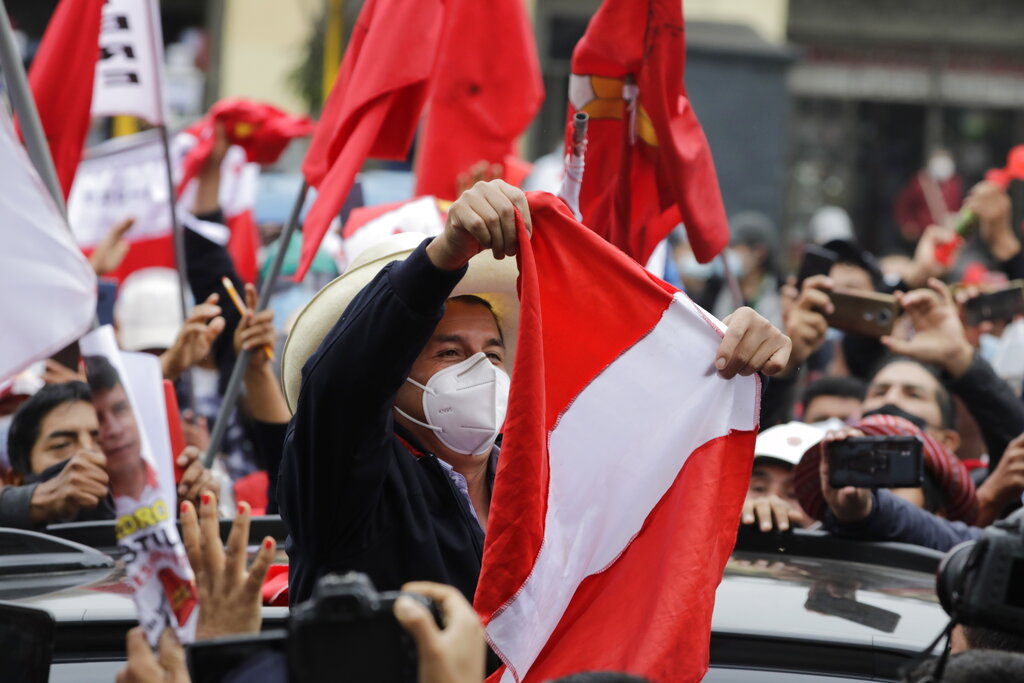 From their respective campaign headquarters, each of the candidates called on their supporters to remain calm and respect the final decision.

Fujimori, the 46-year-old daughter of ex-president Alberto Fujimori, pledged to abide by the will of the people. 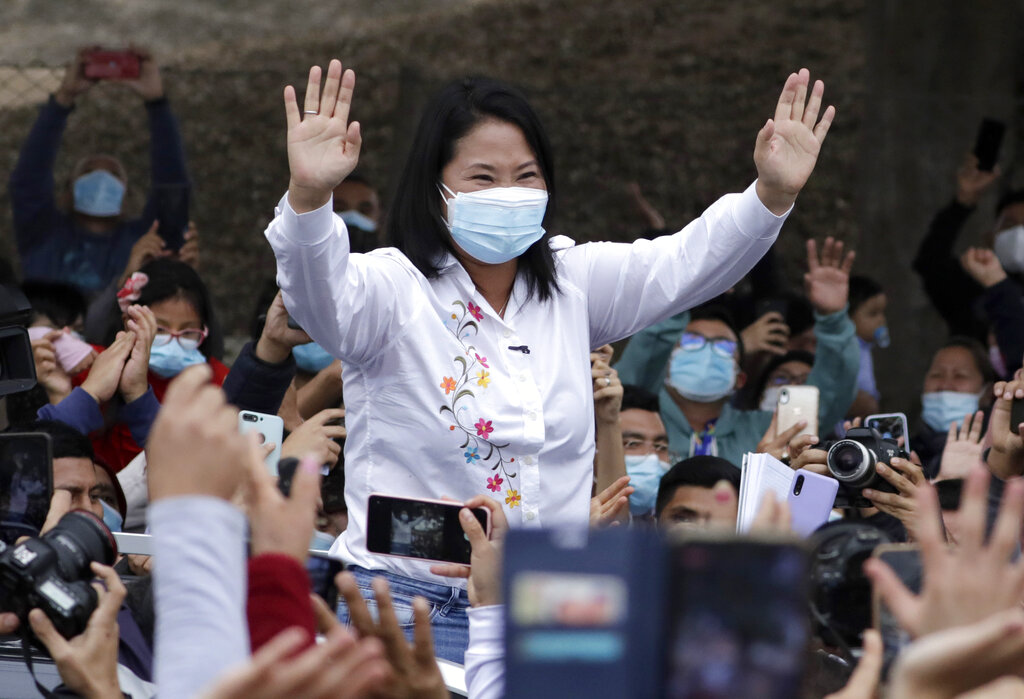 Castillo, a 51-year-old rural teacher and activist, also urged his followers to respect the results whatever the outcome.

The ONPE has said the final result will be decided by votes cast abroad and votes cast in rural areas, both of which have yet to be counted. 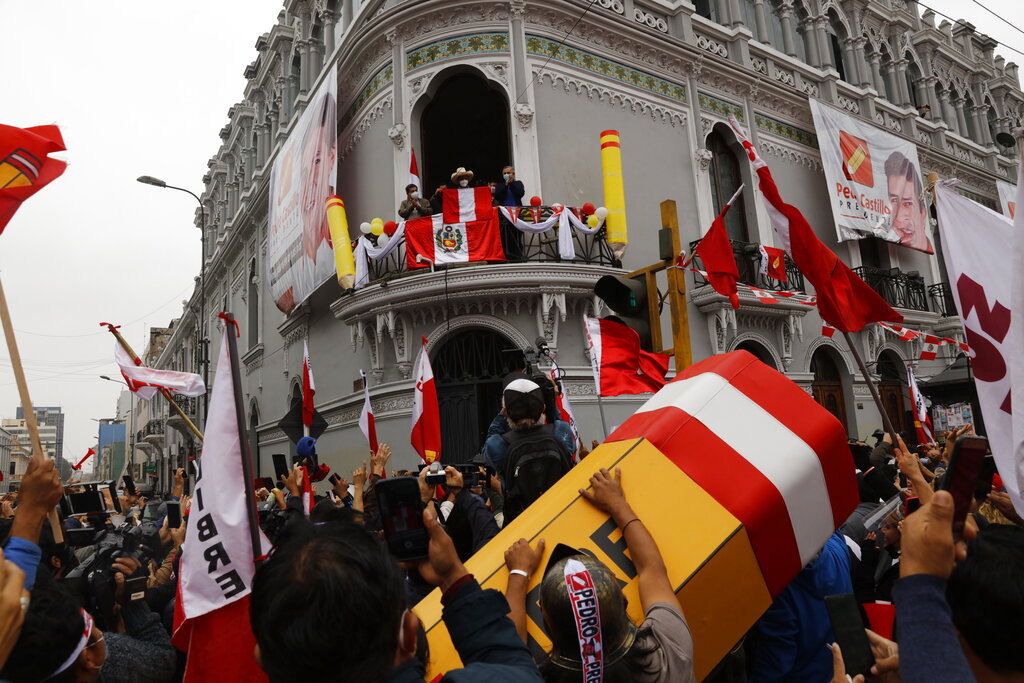 Presidential candidate Pedro Castillo looks out over supporters from the balcony of his campaign headquarters as they celebrate partial results in Lima, Peru, Monday, June 7, 2021, the day after the runoff election. (Photo: AP)

More than 25.2 million Peruvians went to the polls Sunday to elect the successor to current President Francisco Sagasti for the 2021-2026 term.

The head of the ONPE, Piero Corvetto, said 77.92 percent of eligible voters participated in the elections.