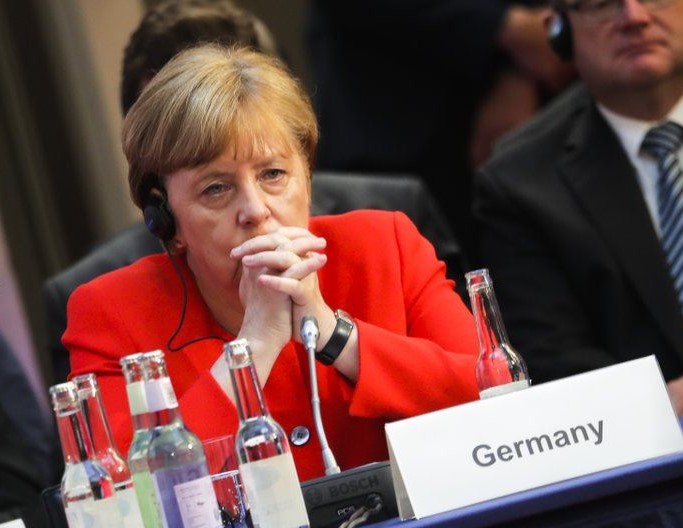 Berlin (People's Daily) - The ninth Petersberg Climate Dialogue ended on Tuesday in Berlin with an air of uncertainty as Germany’s government touted the success and importance of the Paris climate agreement, yet also announced that it failed to reach its 2020 climate change goals.

The event was attended by German Chancellor Angela Merkel, Polish Prime Minister Mateusz Morawiecki, and representatives from 35 countries to speak about climate change and preparations for a United Nations climate summit in December.

The Petersberg Climate Dialogue, which has met annually since 2010, provides an opportunity for an informal exchange of experiences in international climate diplomacy.

Merkel reiterated her position on the importance of climate change, saying that the Paris Agreement was a big success and that the world must work together to achieve its historic goals.

Morawiecki said prosperity for everyone was impossible without a responsible approach to the climate and that environmental factors are crucial for any development policy.

European media outlets focused on another climate change related topic, when Germany announced that it would not reach its 2020 climate goal for reducing emissions by 40 percent.

According to the German government, the country will achieve 32 percent at best, compared to 1990 levels. The key challenges are from transportation and the mining industry: which are key industries in Germany.

“We want climate action which is not a wrecking ball but can be safe for the future and good for the economy,” Germany’s Federal Minister of the Environment Svenja Schulze said at a press conference. “Nobody can afford to squander the trust that allowed us to get an agreement in Paris.”

Merkel said Germany needs to do better at reducing greenhouse gas emissions and that her country plans to give up coal completely this year. The country also announced it plans to reduce its emissions by 55 percent by 2030.

“It is bitter for me to admit that Germany will fail to meet the target we set for ourselves for 2020,” Schulze said. “Germany’s goal has always been to be a pioneer in international climate policy.”