A nationwide petition was launched on Wednesday in South Africa with the aim of breaking monopoly on electricity generation amid worsening blackouts. 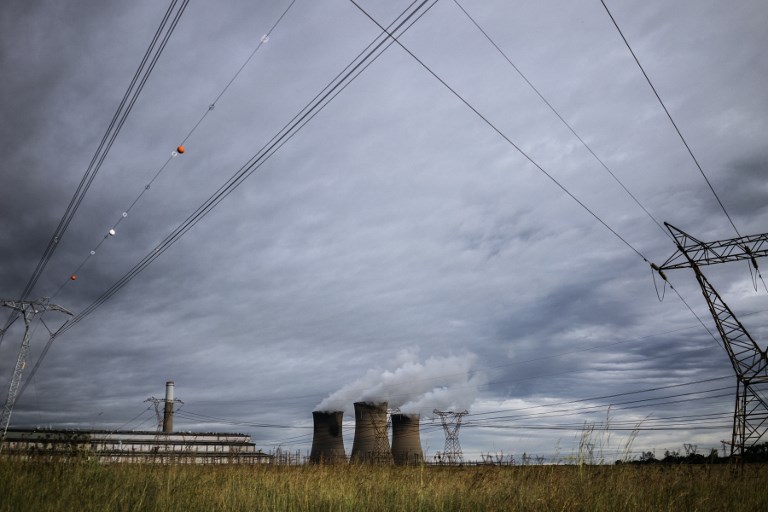 The towers of Eskom Power plant are seen in Hendrina on February 22, 2018. (Photo: AFP)

Hours after the petition was launched by the opposition Democratic Alliance (DA), thousands of South Africans have signed the petition.

This came after continuous power blackouts gripped the country recently. On Wednesday, state-run electricity utility Eskom, which supplies more than 95 percent of the electricity consumed in the country, implemented Stage 2 load shedding for the third consecutive day as a result of a shortage of capacity due to a number of generating units still out of service.

Stage 2 calls for 2,000 MW to be rotationally loadshed nationally at a given period. This was the most serious load shedding this year. Previously, Stage 1 load shedding, which allows for up to 1,000 MW of the national load to be shed once a day, had been implemented several times.

If the situation worsens, Stage 3, which allows up to 4,000 MW to be shed, will be implemented.

Eskom implements load shedding rotationally as a last resort to protect the power system from a total collapse.

The DA is calling for the adoption of the Independent System and Market Operator (ISMO) Bill which it said would turn around malfunctioning Eskom and put an end to crippling power blackouts.

If the bill was passed by Parliament, independent power producers could play a bigger role in electricity generation.

"We need to urgently implement the DA's plan to break Eskom's monopoly, and save South Africans money by giving them more options when it comes to buying electricity," the opposition party said.

Also on Wednesday, the Business Day newspaper reported that Eskom wants the South African government to absorb about 100 billion rand (about 7.3 billion U.S. dollars) of its debt as part of a rescue plan for the state-owned utility.

International rating agencies have warned that Eskom is a risk to the health of South Africa's economy.