China and the US can actually sit down and work through complex issues, and the two countries' increasing consensus can counter some hawkish US politicians' cold-war mentality, leading Chinese and US scholars told the Global Times during a dialogue on Saturday after the two countries agreed on the text of the phase-one trade deal on Friday. 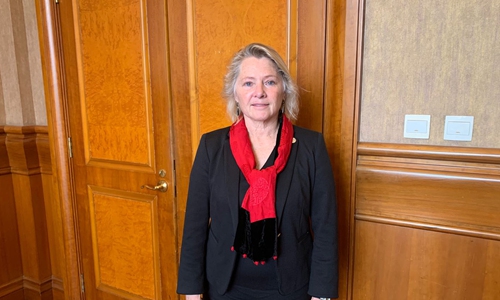 The 2nd Round of the China-US Leading Scholars Dialogue, co-hosted by the Institute of American Studies of the Chinese Academy of Social Sciences (CASS) and Paul Tsai China Center of Yale University, was held on Friday and Saturday in Shanghai.

"I believe the phase-one deal shows the two sides can actually sit down and work through very difficult issues, and this gives hope that maybe we can find similar approaches on other difficult issues as well," former acting deputy US trade representative Wendy Cutler told the Global Times on the sidelines of the dialogue.

"Although there are ups and downs in the trade negotiation, I am pretty optimistic that we are heading toward the inking of the deal in weeks," she added.

Ni Feng, director-general of the Institute of American Studies of CASS, told the Global Times the agreement on phase-one trade deal shows that China-US trade is reciprocal.

"If the trade war, like what the US side said before, only makes China lose to the US, then why has Washington agreed on the text of the phase-one deal?" Ni noted. 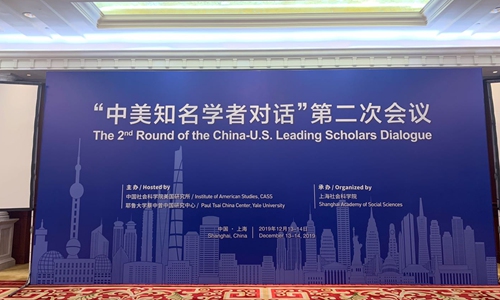 Ni said the agreement also reflects US President Donald Trump's concerns for the 2020 US presidential election. "The trade war will definitely harm the US economy, and history tells us that a US president would fail to get reelected if the economy goes wrong," he said.

"Both sides welcomed the agreement, but based on the ups and downs during the last 18 months, I'm afraid we still need to be prepared for more changes in the future," he added.

Scholars believe complete China-US decoupling is neither realistic nor of any interest to both sides although some US hawkish politicians are trying to promote it with a cold-war mentality.

"I do not think a new Cold War is coming," Susan Thornton, former acting assistant secretary of state for East Asian and Pacific Affairs, told the Global Times.

"There are a lot of things about the Cold War that are very different from the situation between the US and China today," Thornton said.

"Frankly, the current atmosphere and environment of globalization are two different situations from the Cold War era," she said.

Cutler believes it is more realistic that the trust gained through the phase-one deal spills over to other areas of the China-US relationship.

Ni said although these hawkish politicians have somewhat affected the two countries' relations, stopping China-US disputes from escalating is pertinent to prevent their radical views from becoming mainstream public opinion in the US.

"For example, the phase one deal itself can be a positive achievement to counter those radical voices," he said.

Leading scholars believe the dialogue provides an important platform for the two sides to fully communicate with each other, help their relationship to stay on the right track and positively contribute to promoting the healthy development of China-US relations.