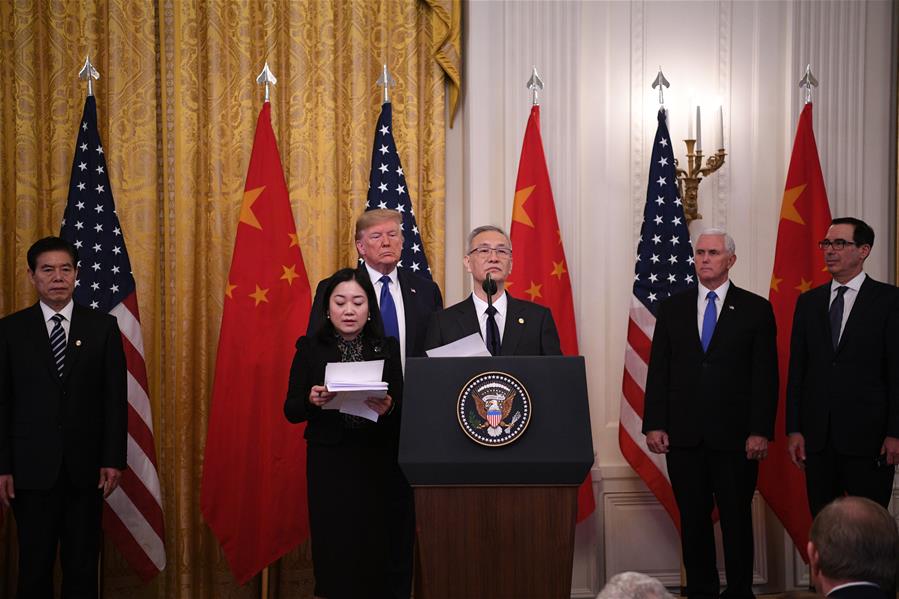 Chinese Vice Premier Liu He, who is also a member of the Political Bureau of the Communist Party of China Central Committee and chief of the Chinese side of the China-U.S. comprehensive economic dialogue, speaks during the China-US phase-one trade deal signing ceremony held at the East Room of the White House in Washington D.C., the United States, Jan. 15, 2020. (Xinhua/Liu Jie)