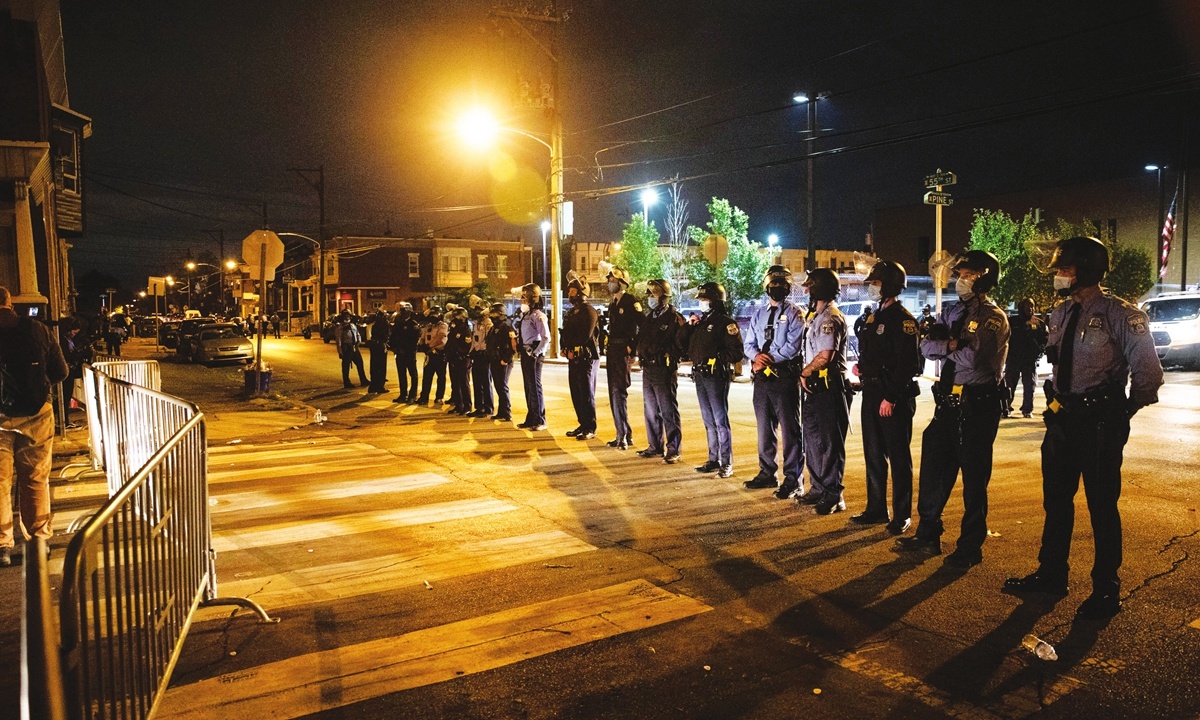 Police line up to protect the 18th Police Precinct after the city imposed a 9 pm curfew in Philadelphia, US on Wednesday. (Photo: AFP)

Officials in the US city of Philadelphia announced a curfew on Wednesday following two nights of unrest over the latest police killing of a black man.

The citywide order will last from 9 pm to 6 am (0100 to 1000 GMT Thursday), according to a statement on the city government's website.

Thousands of people have taken to Philadelphia's streets, with looting and violence breaking out, after police on Monday shot dead 27-year-old African-American Walter Wallace, who was carrying a knife.

His family said he suffered from mental health issues and asked why officers did not taser him instead.

Wallace's death and the subsequent demonstrations have also revived a political clash between Republicans and Democrats less than a week before the election.

The US has seen a wave of protests and rioting since the police killing of George Floyd in May in Minnesota, when an officer was filmed pressing his knee to handcuffed Floyd's neck until he went limp.

Many of the protests have accused the police of racism and brutality, but US President Donald Trump has focused on the unrest to bolster his claims to be the "law-and-order" candidate in his election battle against Joe Biden.