Manila emerged on Monday from one of the world's longest coronavirus lockdowns as the Philippines seeks to repair its badly damaged economy even as the number of new infections surges. 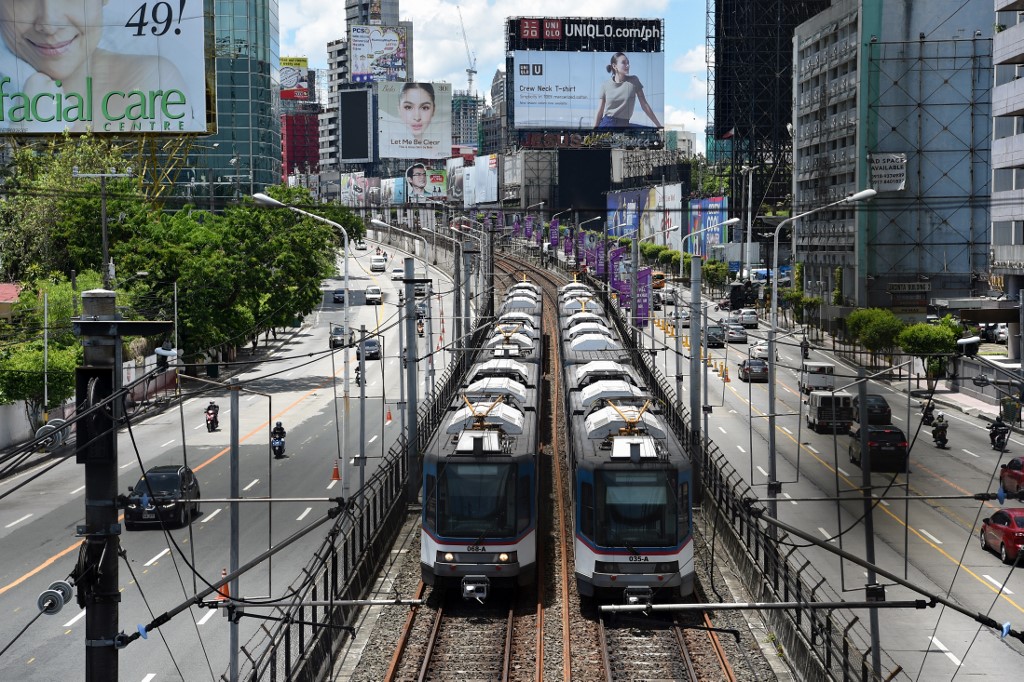 Streets in the capital were choked with traffic and limited public transport resumed as commuters flooded back to work in the city of 12 million after nearly three months of strict home quarantine.

Most businesses have been allowed to reopen in the city, but schools, bars, dine-in restaurants all remain shuttered.

"The virus is frightening but it's either you die from the virus or you die from hunger," salesman Himmler Gaston, 59, told AFP as he entered the train station where commuters had their temperatures checked.

The Philippines has so far reported 18,638 cases and 960 deaths, but experts fear limited testing means the true figures are likely much higher.

There has been a roughly 30 percent jump in new cases in the past week, which health officials said was mainly due to efforts to clear backlogs from laboratories as they boost testing.

While public trains and buses resumed operations Monday, the country's popular jeepney mini-buses have been ordered to stay off the road because of their cramped seating.

Normally packed train carriages had plastic sheets covering some seats and markers on the floor to ensure passengers kept their distance from each other.

Despite the risk of being exposed to the virus on his way to work, 27-year-old barista Paul Escala said the train was still safer than riding his bicycle.

"It's safer here. If I'm taking the bike, I have two opponents: the virus and unruly motorists," he said.

Quarantine measures to contain the virus vary across the Philippines, but the strictest and longest lockdown has been in Manila, the centre of the country's outbreak.

It shut down in mid-March at about the same time hard-hit France and Spain issued their stay at home orders.

While those countries have steadily loosened their restrictions in recent weeks, Manila only started allowing outdoor exercise two weeks ago.

Even now children and the elderly have to stay home unless they are out getting essentials or headed to work.

The tough measures have hurt millions of workers in Manila, which accounts for more than a third of the country's economic output.

Its reopening comes after figures showed the Philippines' economy shrank 0.2 percent in the first three months of the year -- the first contraction in more than 20 years.

The country's economic pain will likely intensify as officials estimate hundreds of thousands of Filipino migrant workers will lose their jobs due to virus shutdowns around the world.

Their remittances account for a tenth of the Philippines' gross domestic product, and have long served as an economic lifeline for a country where millions live in deep poverty.