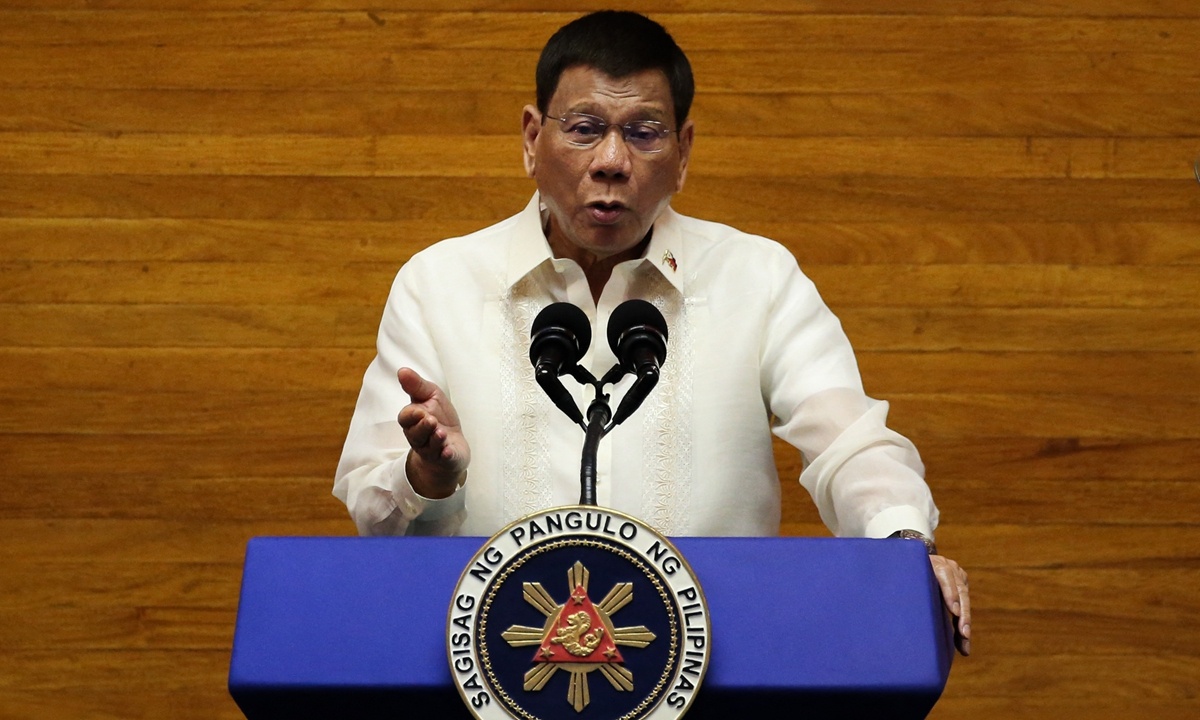 Philippine President Rodrigo Duterte speaks during the annual state of the nation address at the House of Representatives in Manila on Monday. (Photo: AFP)

The Philippine economy grew in the second quarter at its fastest pace in more than three decades, but an official warned Tuesday of "speed bumps" as coronavirus restrictions were tightened to combat surging infections.

The increase - the best since the last three months of 1988 - was driven by a rebound in construction activity and consumer spending.

But it came off a 17 percent slump in the same period in 2020 when the country endured its first crippling lockdown that wiped out millions of jobs.

"The robust performance is driven by more than just base effects - it is the result of a better balance between addressing COVID-19 and the need to restore jobs and incomes of the people," Socioeconomic Planning Secretary Karl Chua told a briefing.

But Chua warned hopes for "continuous positive growth" could be erased by the current two-week lockdown in the national capital region - which accounts for a third of the economy - and other areas aimed at slowing the spread of the hyper-contagious Delta variant.

The tightened restrictions, which include a ban on restaurant dining and an eight-hour nighttime curfew, are expected to cost the Philippine economy about $3 billion a week in lost output.

The second quarter - which overlapped another lockdown in April - contracted 1.3 percent from the first three months of 2021, the data showed.