MANILA, May 24 (Xinhua) -- The Philippine Navy (PN) will deploy next year its first-ever missile-equipped frigate, the Department of National Defense (DND) of the Philippines said Friday. 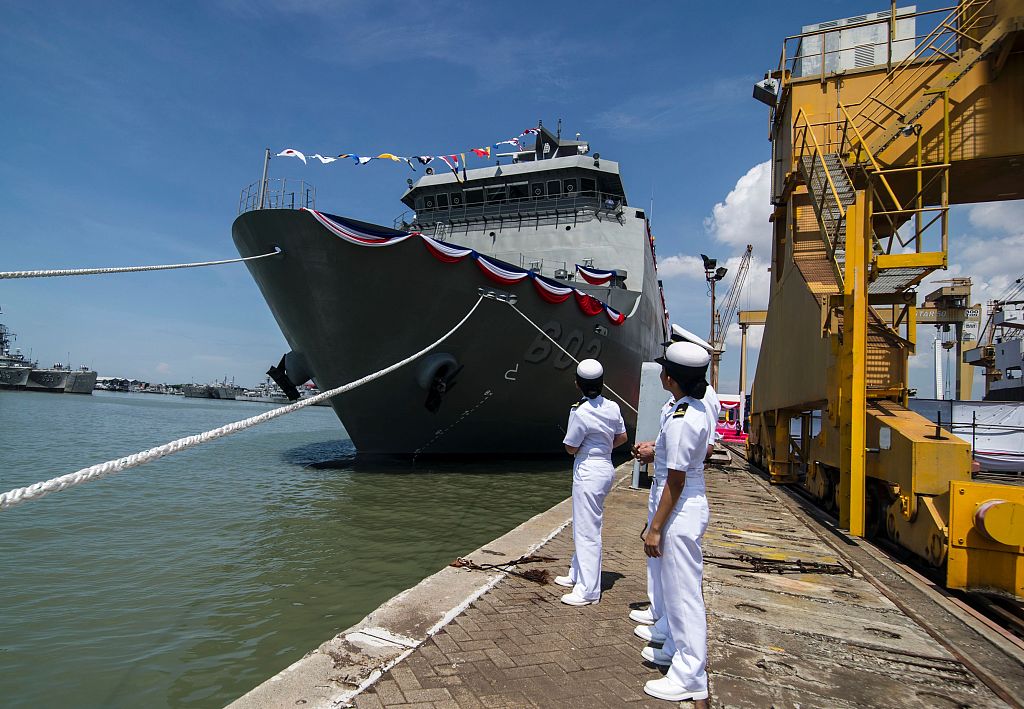 The first of two newly acquired frigates of the PN took to the water for the first time on Thursday, in a ceremony held at Hyundai Heavy Industries shipyard in Ulsan, South Korea.

The PN said the 351-feet long and 46-feet wide frigate will be delivered to the Philippines in the latter part of 2020 and will be christened BRP Jose Rizal once it enters service with the PN.

A Keel Laying Ceremony was also held during the same event to formally signal the start of construction for the second vessel. "(The second) frigate is expected to see service in the first quarter of 2021 and shall be named BRP Antonio Luna," the DND said in a statement.

The Philippines decided to build two missile-capable frigates in 2015. Hyundai Heavy Industries was selected with a bid price of 15.75 billion pesos (around 30,00 million U.S. dollars) in 2016.