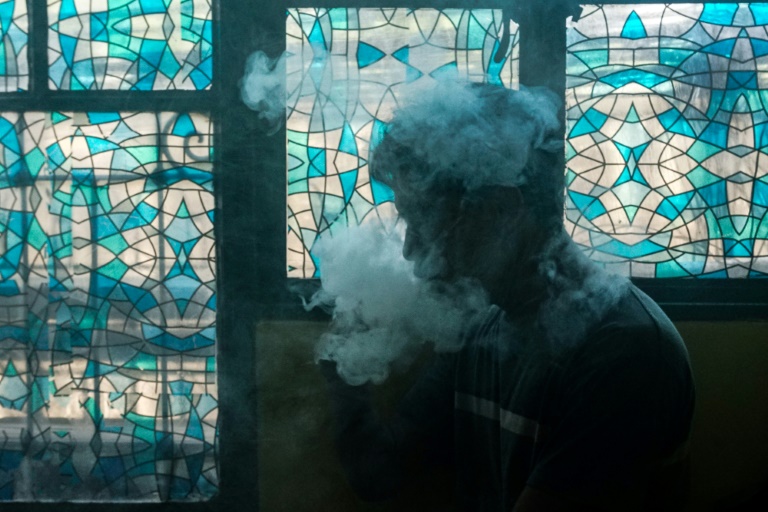 JRA customer smoking at a vape store in Manila a day after Philippine President Rodrigo Duterte announced he would ban e-cigarette use. (Photo: AFP)

The abrupt prohibition, revealed by Duterte late Tuesday adds to a growing global backlash against a product once promoted as less harmful than tobacco smoking.

He ordered the arrest of anyone vaping publicly in a country that already has some of Asia's toughest anti-smoking rules.

No formal, written order has been made public that spells out the scope of the ban or penalties for violations. 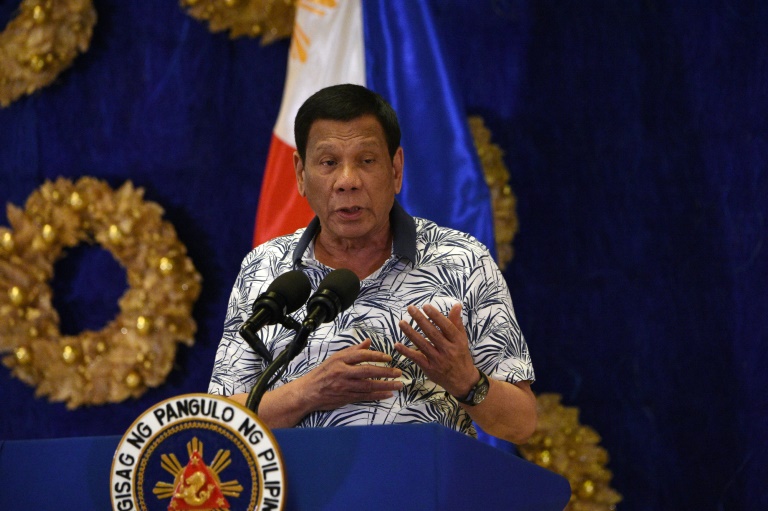 The president told a late-night press conference that the use and importat of electronic cigarettes would be banned.  (Photo: AFP)

Duterte is notorious internationally for his deadly anti-narcotics crackdown, but he has also targeted tobacco with a wide-ranging ban on smoking in public.

Citing "the order of the president", on Wednesday a statement from the head of the Philippine police ordered "effective today, all police units nationwide to enforce the ban on use of vapes; ensure that all violators will be arrested".

The ban came days after Philippine health authorities reported the nation's first vaping-related lung injury, which resulted in a 16-year-old girl being hospitalised.

Vaping has taken off in the Philippines, with speciality shops and vapers puffing away in public a common sight.

E-cigarette users were caught off guard by the ban and questioned the utility of arresting people who, at worst, were hurting themselves.

"It's inappropriate. In any case, we don't hurt people, the environment or animals," said 22-year-old student Alexis Martin.

"Why are vapers being targeted?"

E-cigarettes warm flavoured liquid to produce vapour that is free of the estimated 7,000 chemicals in tobacco smoke, but does contain a number of substances that could potentially be harmful.

Critics say that apart from being harmful in themselves, the multiple exotic flavours of e-cigarette liquids appeal particularly to youngsters and risk getting them addicted to nicotine.

The devices have become hugely popular in the past decade but a rash of vaping-linked deaths and illnesses in the United States is feeding caution about the product, already banned in some places.

In September 2019 India became the latest country to ban the import, sale, production and advertising of e-cigarettes, citing in particular concerns for its youth.

The devices are already banned in several places such as Brazil, Singapore, Thailand and the US state of Massachusetts.